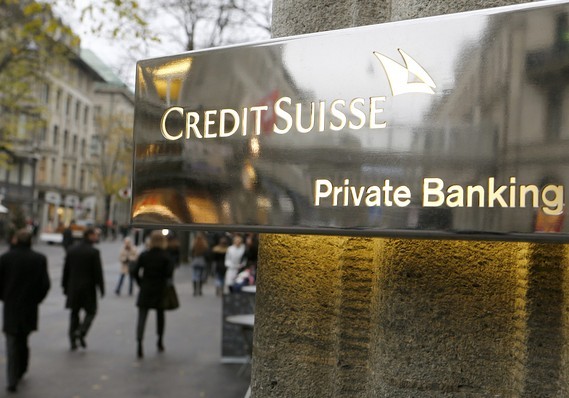 US : Credit Suisse Is Building a New U.S. Bank Just for Billionaires

Credit Suisse, which exited its U.S. private wealth business last year, is building out a new investment banking group in the region to serve billionaires.

Switzerland’s second-biggest bank has hired Charlie Buckley from rival UBS to work with company founders and entrepreneurs, according to an internal memo reviewed by Reuters on Friday and confirmed by a spokeswoman. Buckley previously led a team at UBS focused on family offices.

The group will not provide traditional wealth planning to ultra-wealthy clients, but instead focus on lending, capital markets and M&A advice, people familiar with the bank’s plans said. It will target business owners who are already ultra- wealthy, as well as entrepreneurs in industries like oil and gas, biotechnology and telecommunications, whose stakes in their companies could be worth hundreds of millions of dollars, one of the people added.

The bankers might, for example, cultivate a relationship with the chief executive of a private technology company. When the entrepreneur is ready to sell the business or take it public, they could introduce the CEO to Credit Suisse bankers who handle M&A or stock offerings.

The build-out comes as part of a broader strategic shift at Credit Suisse in which CEO Tidjane Thiam is scaling back certain trading businesses and focusing more on wealth management, particularly in Asia.

Credit Suisse is focusing on areas within the investment bank that support its wealth management unit, according to a presentation last October as part of the bank’s strategic review.

Credit Suisse is also winding down businesses that require too much capital or in which it lacks the scale to compete, such as its U.S. wealth management business.

Wells Fargo last year struck an agreement with Credit Suisse for the right to recruit U.S. brokers who work for the Zurich-based bank.

Banks are increasingly trying to provide services to the ultra-rich, which represents the fastest-growing segment of households.

The United States has the highest number of millionaire households, although the biggest growth in private wealth is expected to come in Asia, according to a report from Boston Consulting.

Credit Suisse on Thursday posted a surprise profit for the second quarter, boosting Thiam’s efforts to restructure the bank.