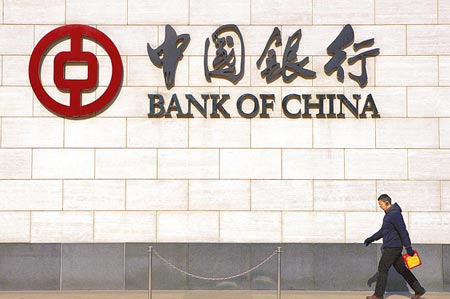 China : Takeover tussle show how banks are into risky lending

In their hunt for higher investment returns in a slowing economy and to offset the impact of rising bad loans, Chinese banks are putting their depositors’ money into so-called asset management plans (AMPs), products set up for the purpose of lending to companies and backed by shares as collateral.

Baoneng Group, which is attempting a hostile takeover of Vanke, used 26 billion yuan ($ 3.9 billion) of such instruments from about half a dozen banks – including traditionally cautious China Construction Bank Corp cichy — to partly finance buying 25% of the property developer.

While there is no official data on banks’ overall exposure to shares through shadow lending channels, JPMorgan jpyyl estimated that AMP funds stood at 32 trillion yuan at the end of March, double a year earlier.

Although not illegal, banks’ growing use of such shadow-lending techniques, which often make use of opaque instruments known in China as wealth management products (WMPs), could be sacrificing proper risk management in the pursuit of profit.

“The whole nature of WMPs and AMPs is that it’s a murky area. There is a degree of regulatory arbitrage there and it’s clearly a way for (the banks) to get around the prudential rules,” said Jack Yuan, associate director at Fitch Ratings.

“It’s concerning that the scale of this sort of activity is widening, and there is no effective regulation around this.”

In almost all cases, shadow lending is kept off the banks’ balance sheets, making it difficult to gauge the true extent of the banks’ exposure to this form of fund raising or lending – which is of particular concern as Chinese commercial banks’ loan defaults are at their highest since the global financial crisis in 2009.

More broadly, debt levels in the country are mounting, with the overall level of private, corporate and government debt reaching 250% of the country’s economic output last year.

People familiar with the matter said the banks involved in the Baoneng AMPs have been promised a return of as high as 7.5%, compared with China’s 10-year treasury bond yield of 2.8%.

Most of the AMPs that invest in shares have some risk-control provisions in the contract that triggers liquidation of the stocks if they fall below a pre-agreed threshold, industry analysts said.

However, what makes it risky for the banks is that in most cases they don’t have a clear understanding of the financial health and existing leverage of the borrower company behind the AMPs.

The China Banking Regulatory Commission did not immediately respond to a request for comment. Earlier this month, the regulator urged banks to elevate risk management to a “more prominent” place and take measures to rein in the rapid rise of non-performing loans.

Some banks also float their own AMPs, raising money from retail investors lured by the prospects of high yields. The funds generated through these AMPs are then used to invest in shares, real estate and other assets, analysts said.

Chinese banks also sell WMPs to clients, one of the biggest sources of shadow banking activities, and in some cases those funds are also used to invest in shares directly or through AMPs, they said.

Schemes such as the AMPs and WMPs, with little regulatory oversight or transparency in the way they operate, are difficult to turn into cash in a downturn since they lack a secondary market and can in turn be highly leveraged.

So if investment bets through these schemes go bad, it would not only add to the investing banks’ bad loans but also create contagion risks for banks that finance that investment, analysts said.

“As the scale of these entire products becomes larger and larger, it would be harder and harder for the banks to manage the risks it can trigger,” said an industry tracker, who declined to be named.