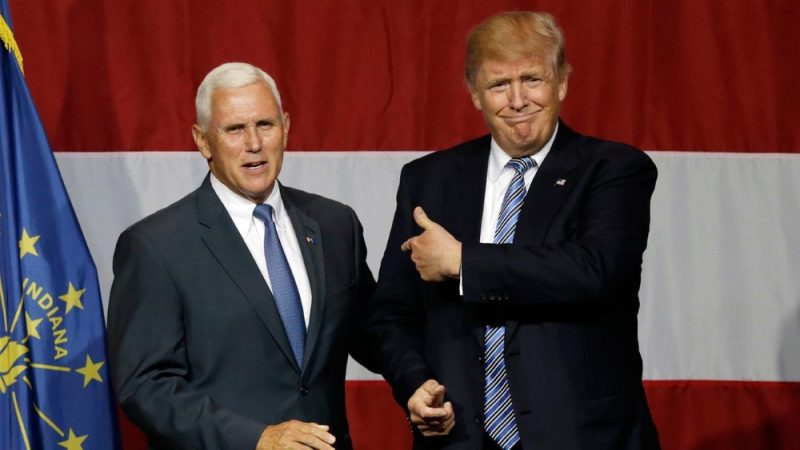 Republican sources said on Thursday that Trump had decided on Pence, but the campaign had not confirmed this until now. Trump had postponed a Friday event to announce his decision following the deadly truck attack in France.

Viewed as a safe pair of hands, Pence, 57, has diverging views with Trump on his proposed Muslim ban and trade, and is more socially conservative. But he could help unify Republicans left divided by Trump’s campaign to win the party presidential nomination for the Nov. 8 election.

“I am pleased to announce that I have chosen Governor Mike Pence as my Vice Presidential running mate. News conference tomorrow at 11:00 A.M.,” Trump said in a tweet.

Trump had faced a midday deadline to announce Pence because the governor had to declare by then whether he would be on the ballot in his home state for re-election.

In a Fox News interview on Thursday night, Trump said Pence had done a great job in Indiana and that of all the people he had interviewed for the job, “there’s nobody that agrees with me fully on everything.”

His choice was slammed by the campaign of Democratic presidential candidate Hillary Clinton.

“By picking Mike Pence as his running mate, Donald Trump has doubled down on some of his most disturbing beliefs by choosing an incredibly divisive and unpopular running mate known for supporting discriminatory politics and failed economic policies that favor millionaires and corporations over working families,” said Clinton campaign chairman John Podesta.

Trump said on Thursday he postponed his planned announcement on Friday out of respect for the victims in Nice, France. An attacker in a heavy truck drove into crowds celebrating Bastille Day, killing at least 84 people and injuring scores more in what President Francois Hollande called a terrorist act.

Trump, 70, is set to be formally nominated as the party’s candidate for the presidential election at the convention in Cleveland. Traditionally, the vice presidential choice is used to build enthusiasm among party loyalists.

The Republican National Committee expects the convention to draw 50,000 people to Cleveland and U.S. authorities were preparing for the possibility of violence – whether from demonstrators or planned attacks.

The Cleveland gathering and the Democratic Party Convention the following week in Philadelphia have been given the status of special national security event by the federal government for the first time and security will be heightened, said Republican Party spokesman Sean Spicer.

“They’re just going to make sure that it’s the safest place on Earth for the guests, the attendees, the delegates and the media,” Spicer told CNN.

The Department of Homeland Security will send more than 3,000 personnel to each convention, Secretary Jeh Johnson said on Thursday, speaking before the Nice attack. No specific or credible threat to either gathering has been reported, he said.