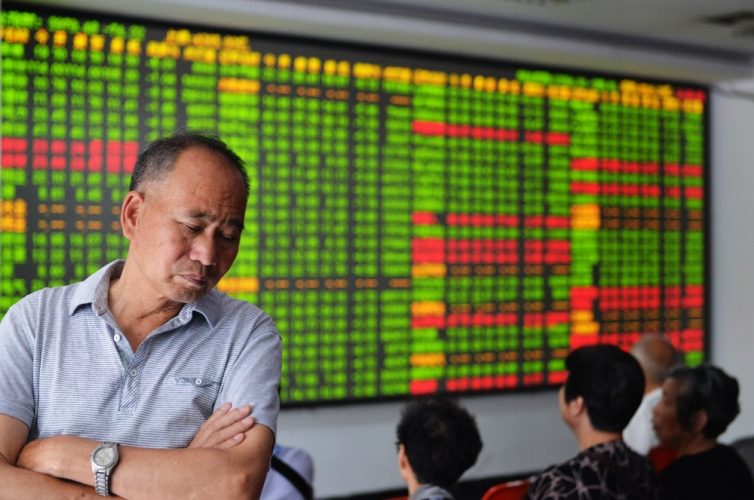 SHANGHAI : Chinese investors are placing increasing bets on Hong Kong stocks, partly in search of a safe haven from the decline in the yuan, which fell last week to its lowest levels against the dollar since 2010.The investment flows underline concerns that the slide in the yuan could increasingly fuel capital outflows from China, although official data suggests speculative capital flight is under control for now.

Shares priced in Hong Kong dollars provide a hedge against a falling yuan – so long as the shares at least hold their value – because the Hong Kong currency is pegged to the U.S. dollar.

The investment flows into the territory resulted in record increases in assets under management in June for some Chinese funds that are permitted to manage outbound investment in the country’s tightly regulated markets.

Money has also flowed into the territory via the Shanghai-Hong Kong Stock Connect scheme at the fastest rate since early last year when investors bet a rally in Chinese shares would spill over to Hong Kong.

Any significant yuan decline puts investors on edge after the central bank sent shock waves through global markets last year by devaluing the currency and sparking a rush of capital flight by Chinese.

“Capital outflows have been continuing at pace and they are a lot larger than what the authorities would have us believe through the official data,” said Sue Trinh, Hong Kong-based Asia currency strategist at Royal Bank of Canada.

While other emerging market currencies are sliding as well in the wake of the Brexit vote, the yuan is the worst performer in Asia against the dollar this year. Chinese officials have repeatedly said China has no intention of stimulating trade via a depreciation of the yuan.

Some of the lowest valuations for Hong Kong stocks since the global financial crisis added to the appeal of shifting money into the territory, traders said.

Reuters calculations show Chinese investors poured more than $ 10 billion into Hong Kong shares in the 46 days to July 4 using the Shanghai-Hong Kong Stock Connect scheme, one of the two main channels available for mainlanders to invest in offshore stocks and bonds. The flows in May were the biggest since April 2015.

Money also flowed into Hong Kong via mutual funds under the under China’s Qualified Domestic Institutional Investor (QDII) scheme, another of the main channels for outbound investment.

In June alone, its assets under management jumped a record 24 percent to 1.7 billion yuan.

At the current pace, the amount of money entering Hong Kong could reach its regulated limits in a few months, said Sun Jin, a partner at accounting firm PwC.

That prospect is raising expectations that China might increase quotas for outbound investment and could soon open another stock connect scheme to allow trading between Shenzhen’s stock exchange and Hong Kong.

The Hong Kong Exchanges and Clearing Ltd has started testing the settlement system of the Shenzhen-Hong Kong scheme.

“I suspect some mainland investors are betting on the imminent launch of the Shenzhen-Hong Kong Stock Connect, while some others are seeking safe havens,” said Hannah Li, an analyst at UOB Kay Hian (Hong Kong) Ltd.

Hong Kong shares of trade at a 30 percent discount to their mainland peers and the benchmark Hang Seng Index trades at 9 times companies’ reported earnings, near lows last seen during the global financial crisis.

That compares with 15 times for China’s bluechip index CSI300 and 19 times for the Dow Jones Industrial Average.

The flows help explain why the Hang Seng, down 6.2 percent so far this year, has outperformed the CSI300, which has dropped more than 14 percent.

“The domestic economy is too bad. There are a few good places in China to put your money,” said Zhu Haifeng, an individual investor, who has bought high-dividend stocks in Hong Kong, such as Tsingtao Brewery Co and China Taiping Insurance Holdings.