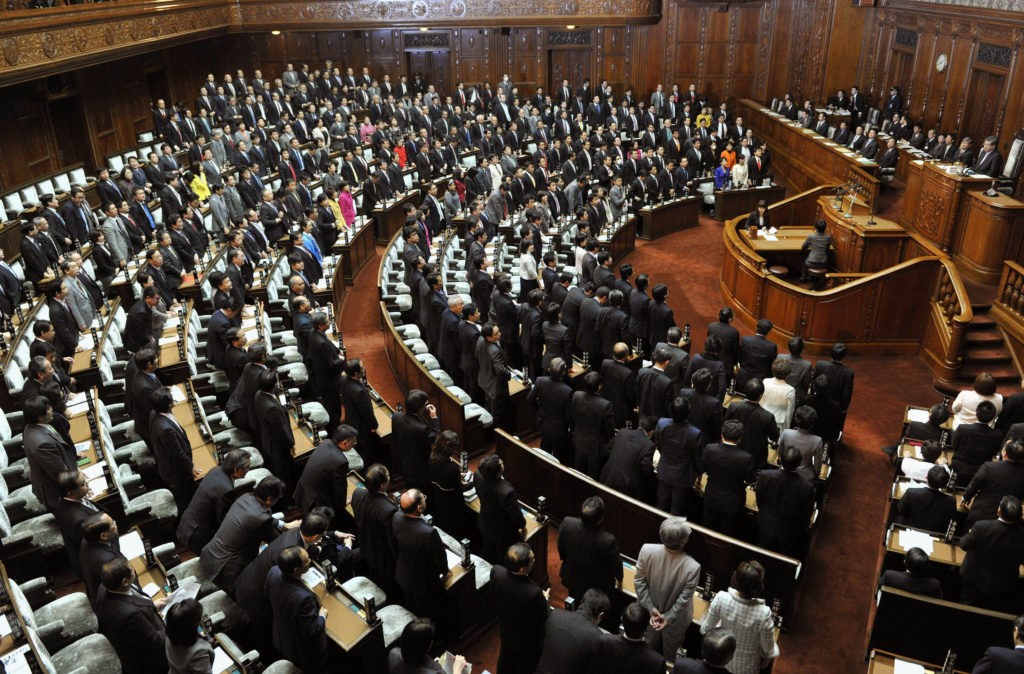 Japan : Ruling bloc heads for hefty win in vote, but just how big?

TOKYO : Prime Minister Shinzo Abe’s ruling coalition looks to be headed for a comfortable victory in an election on Sunday for parliament’s upper house, despite doubts about his economic policies and his goal of revising the pacifist constitution.

Abe’s coalition is in no danger of losing power in the election for half the 242-seat upper house, which means interest is focused on just how big a victory the ruling bloc and its allies can chalk up, including whether they get a two-thirds “super majority” needed to try to revise the post-war constitution for the first time.

A push to ease the charter’s constraints on the military operating overseas could lead to tension with China, where memories of Japan’s past militarism still arouse anger.

“Markets want confirmation of Abe’s strong grip on power, but they also want Abe to use that power for the economy first, not constitutional reform,” said Jesper Koll, chief executive at fund manager WisdomTree Japan.

Some voters who cast a ballot for Abe’s Liberal Democratic Party (LDP) said they wanted the same.

“Especially since I see economic growth as the priority, I have little hope for the opposition parties,” said Yoshihiko Takeda, a 36-year-old employee of an IT company.

Abe has cast the election as a referendum on his “Abenomics” recipe of hyper-easy monetary policy, spending and reform. With signs the strategy is failing, the government plans to compile a post-election stimulus package that could exceed 10 trillion yen ($ 99 billion).

But economists worry the government will choose big-ticket infrastructure projects rather than implement tough structural reforms.

Abe is expected to reshuffle his cabinet after the election.

His justice minister and the minister for Okinawa appear in danger of losing their seats, though neither is a heavyweight. Speculation has also emerged that Abe might replace Finance Minister Taro Aso, 75.

Media surveys have shown the ruling bloc is set to exceed Abe’s target of 61 seats while his LDP could win a majority on its own for the first time since 1989.

A big win would allow Abe to assert he has a mandate for his economic and other policies, but any such claim would be undermined if turnout is low – a distinct possibility in a poll that has gained minimal media attention. The voting age has been lowered to 18 from 20 for the first time.

Abe’s coalition won landslides in the last three general elections in terms of numbers of seats, but experts say rock-bottom turnout reflected voters’ sense of a lack of viable alternatives.

The opposition Democratic Party has linked up with three smaller parties including the Japanese Communist Party to try to block the pro-constitutional revision camp from getting a super majority. But the Democrats suffer from an image as incompetent after their rocky 2009-2012 rule.

Conservatives see the constitution as a humiliating symbol of Japan’s defeat in World War Two. Its admirers consider it the source of post-war peace and democracy. Revising the charter needs the approval of two-thirds in both houses of parliament and a majority in a referendum.

But a majority of voters see no need to revise the constitution and the LDP’s dovish partner is reluctant to change its pacifist Article 9.

Noriko Okada, a 66-year-old interior decorator, said she voted for a Japan Communist Party candidate to show her opposition to constitutional revision.

“I’m no party member or supporter of the Communist Party, but I thought they were the farthest away from the LDP,” she said. “My ballot came from despair, rather than hope. I’m concerned about the Abe government.”