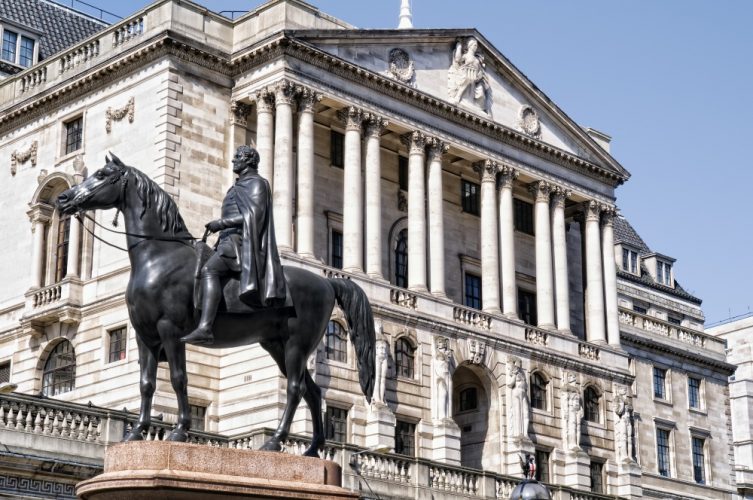 LONDON : The Bank of England took steps to ensure British banks keep lending and insurers do not dump corporate bonds as it said the economic risks it warned of before the vote to leave the European Union had started to materialize.

Sterling fell to a fresh 31-year low against the U.S. dollar, hit by the suspension of trading in British real estate funds run by major investment firms, and there were other new signs of weakness in the economy.

The BoE, which is trying to offset the hit to the economy from the June 23 referendum result, said it would lower the amount of capital banks are required to hold in reserve, freeing up an extra 150 billion pounds ($ 196 billion) for lending.

Governor Mark Carney said the Bank had warned in March that risks around the referendum posed the most significant near-term domestic risks to financial stability.

“Some of those risks have begun to crystallize,” he said.

Finance minister George Osborne met the heads of top banks and said afterwards they had told him they were in good shape to cope with the turmoil caused by the vote’s shock result.

“They report back that capital is strong, liquidity is strong, and we’ve got to make sure that lending is available to businesses… and they’ve assured me that it will be,” he said.

The BoE move reversed a decision it took earlier this year, when it started tightening screws on lenders because Britain’s economy had appeared set for more growth.

“It means that three quarters of UK banks, accounting for 90 percent of the stock of UK lending, will immediately have greater flexibility to supply credit to UK households and firms,” Carney said.

Amid uncertainty about Osborne’s future as finance minister following the announcement by Prime Minister David Cameron that he will resign, more responsibility has fallen on Carney and the BoE to steer Britain through its political crisis.

Sterling resumed its fall, sinking more than 1.4 percent to below $ 1.31 for the first time since September 1985. It was down 1.2 percent against the euro. Yields on 20 and 30-year British government bonds hit new lows.

The slide in the value of the pound came after the fund arm of insurer Aviva (AV.L) said it had suspended its 1.8 billion-pound UK Property Trust, following a similar move on Monday by insurer Standard Life (SL.L).

The BoE said foreign flows of capital into commercial real estate fell 50 percent in the first three months of 2016 and transactions fell further in the second quarter, an extreme example of concern among investors about the referendum.

On the stock market, housebuilding firms were trading sharply lower, with shares in Berkeley Group (BKGH.L), Barratt Development (BDEV.L), Taylor Wimpey (TW.L) and Persimmon (PSN.L) all down more than 5 percent.

There were other signs of economic weakness on Tuesday and the BOE said: “The current outlook for UK financial stability is challenging.”

Business confidence fell sharply in the days after the vote to leave the EU, a survey showed, and retailer John Lewis said its sales grew more slowly last week.

Furthermore, Britain’s dominant services industry grew at its slowest pace in three years in June, according to a survey conducted mostly before the referendum.

The BoE said it was closely monitoring investors’ willingness to fund Britain’s large current account deficit after the shock outcome of the vote, as well as high levels of household debt and the subdued global economy.

But there were also signs of calm. A BoE auction to provide banks with liquidity passed without an increase in demand and Britain sold government bonds without any problems.

Carney said the fall in sterling should help ease the balance of payments shortfall but the pace of investment would also be important.

The BoE’s announcement on bank capital followed an unusually explicit comment by Carney last week that he believed the BoE would ease monetary policy soon too.

“He’s not waiting for anything bad to happen, but rather acting in case it does.”

The BoE told banks in March to increase the amount they hold against cyclical upturns in the credit cycle.

Now, by putting the so-called counter-cyclical capital buffer back to zero until at least June 2017, banks’ capital requirements will be eased by 5.7 billion pounds, potentially freeing up an extra 150 billion pounds for lending.

The BoE said it would keep a close eye on the buy-to-let mortgage sector, in case landlords sell as property prices fall, and on the rising numbers of vulnerable indebted households.