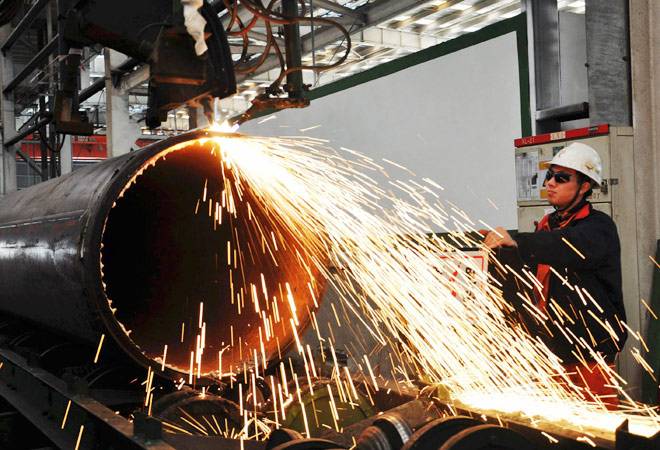 Growth in India’s services sector slowed to a seven-month low in June as new orders continued to soften, a business survey showed on Tuesday.

Though input prices rose, service firms were barely able to raise selling prices, suggesting the central bank may have room to cut interest rates again in coming months if inflationary pressures in the broader economy moderate.

The Nikkei/Market Services Purchasing Managers’ Index fell to 50.3 in June from May’s 51.0, its 12th month above the 50 mark that separates growth from contraction.

The new business sub-index, an indicator of domestic and foreign demand, cooled to a 11-month low of 50.5 in June from May’s 50.9.

“The Indian service sector saw a further cooling of growth momentum in June, the third in consecutive months, with a weaker rise in new business leading to a softer expansion in activity,” said Pollyanna De Lima, economist at Markit.

The slowdown came despite firms increasing prices at a slower pace last month, suggesting that retail inflation could remain subdued in coming months.

Consumer inflation, at 5.76 percent in May, is slightly above the Reserve Bank of India’s near-term target of five percent, driven by higher food costs.

But the RBI, which has kept its benchmark rate unchanged at a five-year low of 6.50 percent since April, signalled at its June meeting that there was room for a cut if good monsoon rains ease upward pressure on food prices.

The central bank is expected to cut rates one more time before Governor Raghuram Rajan’s term ends in September.

A sister survey on Friday showed factory growth edged up to a three-month high, driven by stronger demand.

The composite manufacturing and service index edged up to 51.1 from 50.9 in May.