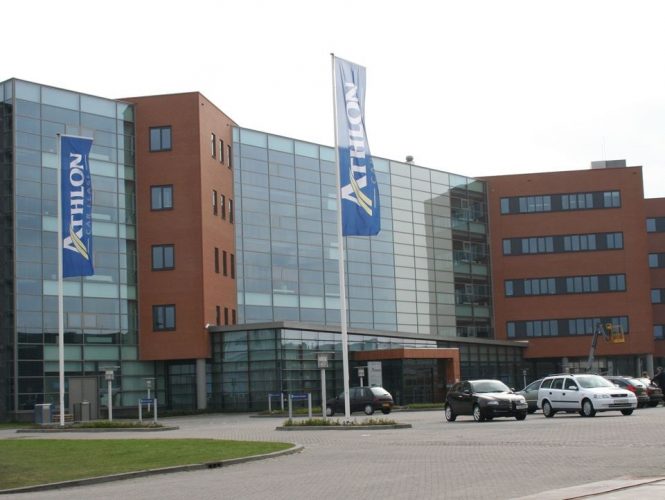 FRANKFURT/AMSTERDAM : Daimler (DAIGn.DE), the German maker of Mercedes cars, has struck a deal to buy Rabobank’s Athlon car leasing arm for 1.1 billion euros ($ 1.2 billion) to more than triple the size of its fleet management business.

Automakers are branching out of their core manufacturing operations into a variety of related services in a bid to tap growing demand for cheaper and more flexible ways of transport, such as shared vehicle ownership and access to cars on demand.

Daimler plans to integrate Athlon, which manages a fleet of 250,000 vehicles in 11 European countries, into its own Daimler Fleet Management business, adding rival makes and lifting the combined number of cars and vans under management to 340,000.

“This allows us to open up new market potential, both for our vehicles and for Daimler’s mobility services,” Daimler’s finance chief Bodo Uebber said in a statement on Friday.

The deal closes the gap on BMW’s multi-brand fleet management and leasing businesses, which manages more than 600,000 vehicles.

But some analysts said it looked pricey.

In 2011, BMW bought a similar sized leasing business from ING for 637 million euros, while earlier this year Volkswagen (VOWG_p.DE) and Metzler completed the sales of their stakes in LeasePlan to a group of investors for 3.7 billion euros.

“In essence, and without knowing much more about the different levels of profitability for these businesses, Daimler is paying 66 percent more per contract than BMW has paid for a comparable size book in 2011 and 78 percent more than what VW/Metzler received for LeasePlan,” said Evercore ISI analysts, who have a “sell” rating on Daimler shares.

Daimler said the deal was expected to be wrapped up in the last three months of 2016.

Athlon is part of Rabobank’s DLL unit, one of the world’s largest vendor financing companies. The Dutch bank has, like rivals, been selling off assets to shrink its balance sheet in the wake of the financial crisis and improve its capital position.