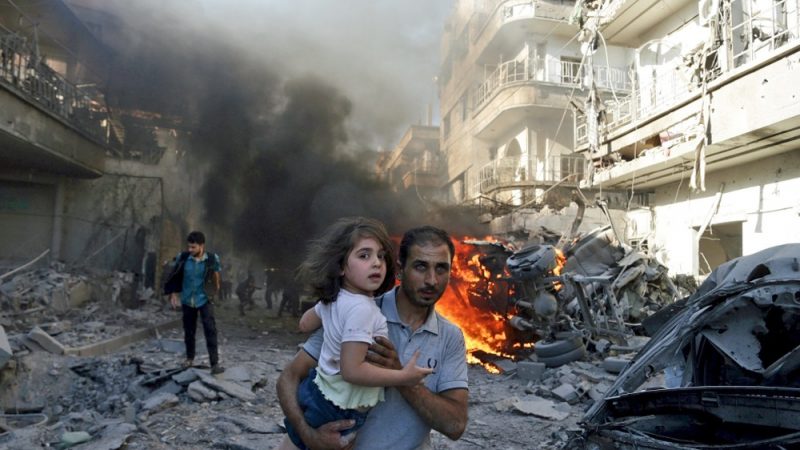 The U.S. backs the moderate rebels, who are under pressure from Islamic State and government forces, but the plan depends in part on whether Russia is willing to press Syrian President Bashar al-Assad, its ally, to stop bombing them. Many U.S. officials and outside experts doubt Moscow is willing to do that.

It also would require moderate opposition forces to disentangle themselves from Nusra and move into identifiable areas where they would be vulnerable to government and Russian air attacks.

Although Russia says it has targeted Islamic State, most of its strikes have been on the U.S.-backed moderate rebels, who distrust the Assad government, which they and Washington have accused of most of the ceasefire violations.

“It’s staggering to me that anybody even at year five of this civil war thought this would be a good idea,” said Harmer.

The Washington Post, which first reported the plan, said the Obama administration has submitted a written proposal to Moscow, but two U.S. officials, speaking on condition of anonymity, said that while the plan is under discussion within the administration, no decisions have been made.

That Washington is even considering such a plan, however, reflects the unraveling of a Feb. 27 cessation of hostilities agreement that was supposed to bring some calm to a country riven by five years of civil war and promote a political settlement, as well as the weakness of the U.S.-backed moderate opposition forces.

In one sign of their predicament, U.S.-backed Syrian rebels on Wednesday were pushed back from Al-Bukamal, an Islamic State-held town on the Iraq border, suffering casualties and seeing some of their fighters and arms captured, a rebel source said.

Finally, targeting the Nusra Front could end up boosting the popularity of the al Qaeda affiliate, which is widely hailed by anti-government Syrians as the most effective fighting force seeking to oust Assad.

Prospects for a political deal to end the conflict appear dim, not least because there is no agreement on the future of Assad, whom the United States wants to step down, but whom Russia has supported with its military intervention since last September.

U.N. Syria envoy Staffan De Mistura is in Washington this week to meet senior U.S. officials to discuss efforts to reduce attacks on civilians and the provision of humanitarian aid as he “continues to work to advance a political transition,” National Security Council spokesman Carl Woog said on Thursday.