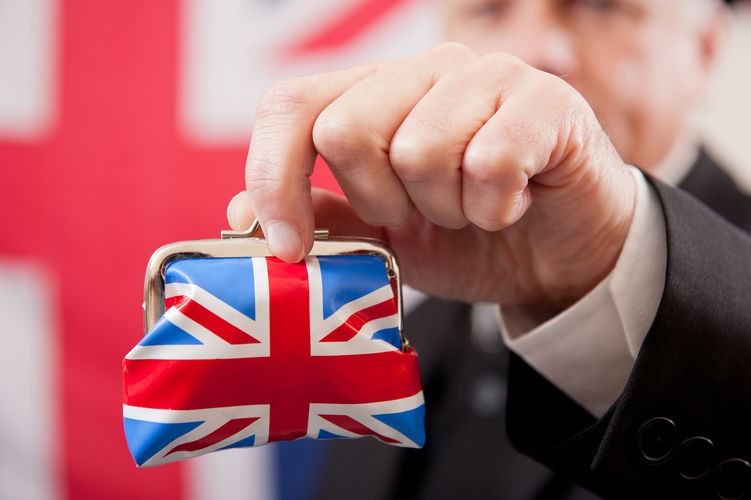 LONDON : British consumer borrowing expanded at the fastest annual rate since 2005 in May, but analysts said this could be a high watermark before the shock of last week’s vote to leave the European Union spreads through the economy.

Consumer lending expanded 9.9 percent compared with a year ago, the biggest annual increase since November 2005 and up from 9.6 percent in April, the Bank of England said on Wednesday. Consumer lending includes credit cards, overdrafts, personal loans, but not student loans.

The number of mortgage approvals also increased unexpectedly, rising to 67,042 in May – almost 1,800 more than expected in a Reuters poll and up from 66,205 in April.

These figures add to signs Britain’s economy was a bit firmer than many expected in the run-up to last Thursday’s referendum. However, the result in favor of leaving the EU will cast a pall over consumers’ mood, economists said.

“With the wider economy likely to slow during the second half of the year as the impact of last week’s vote feeds through, we would expect the appetite of consumers to take on new credit may start to fade,” said Martin Beck, economist from the EY ITEM Club consultancy.

The referendum result wiped a record $ 3 trillion off global shares and sterling fell to its lowest level in 31 years against the dollar.

Finance minister George Osborne, whose attempt to calm markets had fallen on deaf ears on Monday, said the country would have to cut spending and raise taxes to stabilize the economy after credit rating agencies downgraded its debt.

Fitch Ratings reiterated on Wednesday that leaving the EU would exact a significant toll on the economy, hammering business investment.

Osborne had predicted a cooling of the housing market, a cornerstone of many Britons’ wealth, if Britain left the EU.

Mortgage lender Nationwide said it was too early to judge the impact of the referendum result on the housing market, as it reported annual house price growth picked up to 5.1 percent in June from 4.7 percent, beating economists’ expectations.

The number of mortgage approvals rose throughout most of 2015, following a slowdown the previous year when tougher checks on mortgage borrowers were introduced.

Net mortgage lending, which lags approvals, rose 2.824 billion pounds ($ 3.79 billion) in May, the BoE said, more than a forecast of 2.2 billion pounds in the Reuters poll.

“Higher than expected approval numbers for May are likely to be the last bit of good news for the industry for the upcoming months,” said Kay Daniel Neufeld from the Centre for Economics and Business Research.

“Stocks of housebuilders and property developers were hit especially hard following the EU referendum, reflecting the fact that investors expect Brexit to have a negative impact on property markets.”

Britain’s economic recovery is still heavily reliant on spending by households many of which have been buoyed by strong growth in the value of their homes.

The BoE said lending to non-financial businesses increased by 2.814 billion pounds, compared with a 176 million pound drop in April.