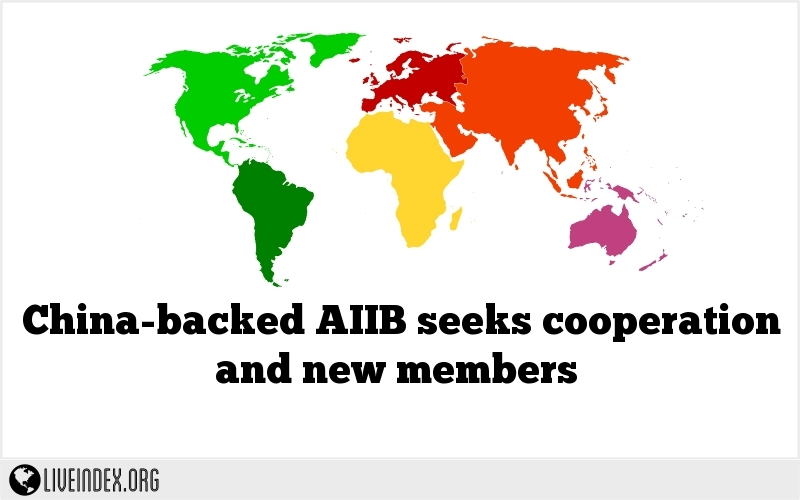 BEIJING : The Asian Infrastructure Investment Bank (AIIB) stressed its independence from China at its first annual meeting on Saturday, saying it plans to cooperate with other development banks and add new members, including Hong Kong.

Chinese President Xi Jinping proposed the bank two years ago and it began operations in January, with 57 founding member countries and $ 100 billion in committed capital, which it plans to invest in projects across the region.

The AIIB, which intends to invest $ 1.2 billion this year, said it is aiming to meet international standards of governance, although some members say there is still work to be done.

And in response to concern that China, its biggest backer, will dominate, the AIIB said it answers to all its shareholders.

“China as much as other shareholders has been very supportive of the governance standards that we’re setting and of the transparency around the bank’s operations,” AIIB vice president Danny Alexander said.

AIIB’s board approved its first four deals worth $ 509 million on Friday, with three projects co-financed with the World Bank, the Asian Development Bank, the United Kingdom Department for International Development and the European Bank for Reconstruction and Development.

The co-financed projects are a slum renovation in Indonesia and highway construction in Pakistan and Tajikistan. A power grid upgrade project in Bangladesh will be solely AIIB financed.

“We are working on a number of additional projects and look forward to bringing them to our Board for its approval later this year,” said AIIB President Jin Liqun.

It is crucial for the AIIB to comply with multilateral agency procedures and rules, Chinese Vice-Premier Zhang Gaoli, said at the opening ceremony for AIIB’s annual meeting.

“AIIB should learn from the successful experience of other multilateral agencies and forge close partnership with the World Bank, Asian Development Bank and other institutions,” he said, a commitment which was echoed by the AIIB’s Jin.

The bank, with only 38 full-time staff, needs organization and procedures to be fleshed out, say members.

“The roles of the management and the Board should be more clearly defined. Over the past six months, the basic framework for operation took shape, but there is still much to be done,” Korean finance minister and AIIB governor Ilho Yoo said, adding that it needs to develop its environmental and social framework.

The bank’s lean operation and flexibility as a new organization was a positive for the European Bank for Reconstruction and Development (EBRD), which is partnering on one of AIIB’s first deals.

“What impresses me is the efficiency they go about things. AIIB is a natural partner because they are willing and able to take risk, such as going into private public partnership structures,” said Thomas Maier, the EBRD’s managing director for infrastructure.

Zhang also said that China will contribute $ 50 million to a new fund set up by the AIIB to support member countries with project preparations.

The AIIB is looking to expand its numbers this year and will take applications for new members through the end of September.

Hong Kong, despite being a special administrative region of China, has applied for membership, and Jin said he is confident Hong Kong will soon be a full member of the bank.

Beijing has been looking for ways to support Hong Kong, which has been convulsed by political turmoil.