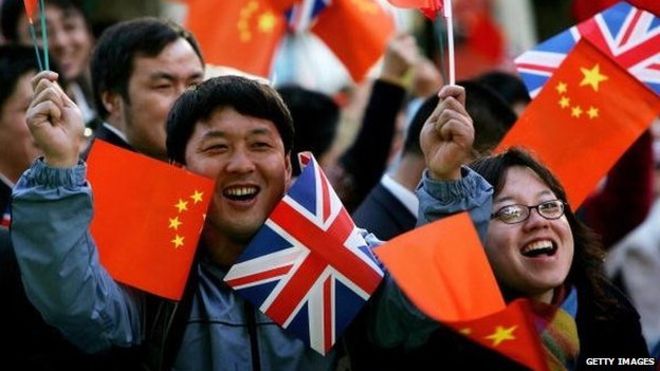 Britain’s shock vote to leave the European Union could derail a raft of financial services projects agreed between China and the United Kingdom, which for years has marketed itself to Beijing as its best economic and financial friend in Europe.

The “Leave” camp clinched 52 percent of the vote at this week’s referendum on whether the UK should remain a member of the EU, confounding traders and bookmakers who had expected Britons would opt to stay and sparking turmoil in global markets.

Britain now faces a long period of uncertainty, as the government begins an two-year process to renegotiate its relationship with the EU, which allows goods and services to be freely traded within the bloc.

Friday’s result also threatens to redefine Britain’s growing financial services relationship with China, which has agreed to a number of joint projects as part of the China-UK Economic and Financial Dialogue (EFD) program to deepen economic ties between the two counties, based largely on the UK’s membership of the EU.

Last year, the British government and China’s Vice Premier Ma Kai announced plans to launch a London-Shanghai equity trading link, a mutual recognition scheme for distributing funds products, cooperation on cross-listing exchange products, measures to “cement” London as a yuan clearing hub, and a commitment on the part of several Chinese financial firms to set up bases in London – in addition to strategic Chinese infrastructure investments.

The UK Treasury said last year’s agreement ushered in a “golden era” for relations between the two countries. But these projects are now in doubt amid uncertainty over the UK’s future access to the EU single financial market, said sources and consultants.

“Inward investment by China into the UK under the dialogue has been focused on infrastructure projects and I wouldn’t expect that should change with Brexit, but on financial services projects with China, that’s at significant risk now,” said Andrew Naylor, a Singapore-based executive director at Cicero Group, a consultancy that has been helping Asian financial firms weigh the Brexit risks.

Asked about the impact of the “Brexit” vote on the EFD during a news briefing in Beijing on Friday, Chinese foreign ministry spokeswoman Hua Chunying said: “I think the relevant countries and their departments need time to have a conscientious study of this new situation.

“We are willing to continue cooperating with Britain to promote progress in cooperation in all areas. At the same time, we will of course keep proactively developing relations with EU countries as is our consistent policy.”

China’s State Council Information Office, the Chinese Ministry of Finance and the UK Treasury did not immediately respond to requests for comment.

Britain has sold itself to China as its “best friend in Europe”, marketing the country’s premier financial services industry and its function as a gateway to the EU single market.

For now, a financial services company with a license or ‘passport’ to operate in Britain can automatically offer its products and services throughout the EU, reducing compliance and operational costs. Britain could now lose that critical access, making the country less attractive to China as a partner to help promote its financial clout abroad.

“Where Brexit could really have an adverse impact, is with respect to Chinese banks that have led the way in setting up operations in London for renminbi finance, and that is more contingent upon the UK being a member of the EU,” said Naylor. “These banks have set up in London to have access to the EU, and you could well imagine them saying now ‘why did we bother?'”

On Friday, China’s official news agency Xinhua noted that Brexit could affect the internationalization of the yuan, considering the role London has played in the process to date.

“Brexit will challenge London’s position as a premier global financial center, which may encumber the pace of the renminbi’s internationalization,” Xinhua said.

WHY BE IN LONDON?

One Beijing-based European official said Chinese financial services providers would now inevitably rethink their London plans. “What’s the point of being in London if you don’t have access to the single  market?” the official said.

For its part, however, Britain is likely to be more eager than ever to make a success of these projects and further deepen its ties with Beijing, having alienated its EU trading partners.

“Much will depend on the nature of the revised relationship between the UK and the remaining EU Member States,” said Martin Lane, managing partner, Europe, at law firm K&L Gates.

“Having said that, from the British side, we can perhaps expect an even greater commitment to doing business with China given the now unsettled nature of the UK’s relationship with the EU.”