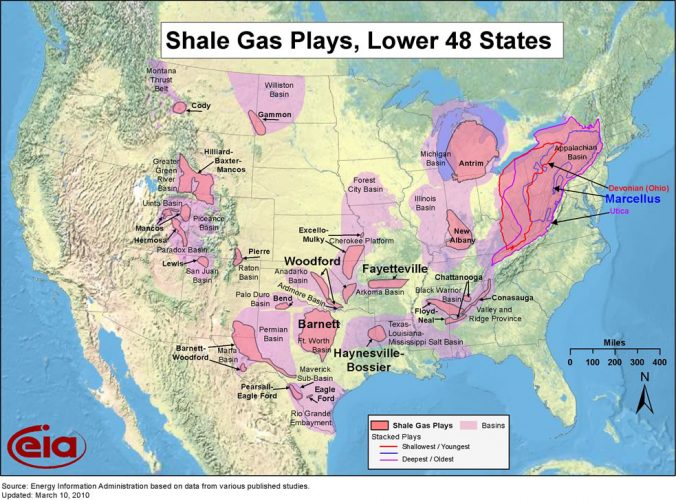 IN THE wilds of western Texas, a flicker of life has returned to the fracking, or hydraulic-fracturing, industry. In the past four weeks nine idled oil rigs have been put back to work in the Permian basin, the richest of America’s shale-oil provinces. That is only a tiny fraction of the 429 that had been taken out of service over the previous 18 months as the oil price plunged, at one point hitting a low of under $ 30 a barrel. But it is the first four-week rise in a year.

In recent weeks the oil price has recovered to around $ 50 a barrel (see chart). Scott Sheffield, boss of Pioneer Natural Resources, one of the top producers in the Permian, points out that futures prices for delivery in a year’s time have also risen above $ 50 a barrel, which allows him to lock in a decent profit on any new wells he can bring into production by then. Hence he may soon raise the number of rigs his firm has drilling in the Permian from 12 to at least 17 and perhaps as many as 22. “The Permian has bottomed out,” he says.

In addition to drilling more wells, some firms are planning to frack mothballed ones—wells that have been drilled but not yet pumped full of sand, water and chemicals to open up fissures allowing oil trapped in shale to flow out. Others are simply pushing their pumps harder, which uses more energy but may be worth it at $ 50 a barrel.

All this supports the claim that fracking has brought a new dynamic to global oil markets: the ability to flex output up and down more quickly than conventional oil drilling, rather like factories responding to changes in demand. Conventional oilfields take years to develop and then produce oil for decades, leaving oil output relatively unresponsive to short-term price movements. Shale wells, in contrast, take just a few weeks to drill and frack, and have a lifespan of only a few years, so production quickly falls if drilling abates.

Shale-oil supply did indeed prove more elastic than the conventional sort when prices were falling, albeit with a delay. When the rout started in 2014, it took the shale-oil industry months to accept the fact that it was more than a temporary decline. But the number of rigs, and hence production, eventually plummeted, helping to bring the market closer to balance.

Shale-oil seems to be moderating prices on the way back up, too. On June 10th, the day Baker Hughes, an American oil-services provider, reported that for a second week in a row there had been a tiny uptick in drilling in America, West Texas Intermediate (WTI), the American crude-oil benchmark, fell back below $ 50 a barrel. If shale-oil is indeed acting like the valve on a pressure cooker, regulating the market when it gets too hot or cold, the result should be a less volatile oil price.

But the valve may not function perfectly. One question is the sustainability of the recent price rise. Shale-oil executives remember with chagrin the false rally of early 2015, which led them to maintain output longer than they should have. They note that the oil industry is still producing almost 1m barrels a day (b/d) more than the world is consuming. The International Energy Agency, an industry forecaster, said on June 14th that demand will not match supply until next year. “You don’t want to add rigs and then bring them back down again,” says Mr Sheffield.

Another concern is how quickly supply can really be ramped up. Rigs have been idled for so long that it may take months of maintenance before they can be brought back into service. Workers may also have found new jobs, making it hard to entice them back. Financial strains are considerable, too: about 70 shale-related firms have gone bust in America since the start of last year, and those on financial life support will focus more on paying down debt than on investing in more production.

If production does start to race ahead, the recent decline in shale-oil firms’ costs may reverse. Per Magnus Nysveen of Rystad Energy, a consultancy, says producers have become so much more efficient and drilling contractors so much cheaper that American shale firms can, on average, make a healthy 10% return with WTI at $ 39 a barrel, down from $ 82 in 2013. But he reckons there is little room left to squeeze out additional costs. What’s more, shale-oil firms’ service contracts are of short duration, so if rigs or workers become scarce, prices can rise very quickly. For every $ 1 increase in the oil price, Mr Nysveen expects a $ 1 increase in costs.

Mr Sheffield disputes this. He says the number of unused rigs is so high that the industry will be able to restart several hundred before costs start to rise. But he agrees that $ 50 is not enough to boost output significantly. R.T. Dukes of Wood Mackenzie, a consultancy, says that if the price stays at $ 50 until the end of the year, investment in shale production will remain “flat to down”. If it is between $ 50-60, investment will be “flat to up”. Only above $ 60 a barrel will it be “up across the board”, he says. “We don’t expect supply to turn on a dime, but we do think declines will slow down.”

Even if America’s oil industry does revive, it is still only about 1m b/d below its peak last June, meaning higher production could be dwarfed by cutbacks elsewhere in the 95m b/d global oil industry. Wood Mackenzie calculates that oil and gas producers have promised to cut at least $ 1 trillion from their planned investment in exploration and production in 2015-20, reducing output by the equivalent of a whopping 7 billion barrels in 2016-20 compared with projections before the slump.

Industry bulls, including top executives among the biggest producers, believe that in focusing on smaller shale firms as potential swing producers, the markets are missing a longer-term supply drought caused by the evaporation of investment in conventional wells. This, they add, may be exacerbated by a recent upswing in demand in America, China and elsewhere, fuelled by lower prices. This could cause a sudden surge in prices, to as much as $ 80 a barrel.

Yet not everyone has discounted the possibility that oil prices will plummet again. A lot depends on whether Saudi Arabia has the capacity to raise production substantially, as its deputy crown prince, Muhammad bin Salman, has indicated it will. Some argue that ahead of the planned initial public offering of Saudi Aramco, the state oil company, it would make sense for the kingdom to pump more oil to increase the company’s value. What is more, with copious reserves still in the ground, the Saudis may see logic in stepping up production in order to extract as much value as they can before technology and climate change dampen the world’s appetite for oil. A price of $ 50 a barrel may well be sustainable, but the battle of the sheikhs and the shalemen is not over yet.