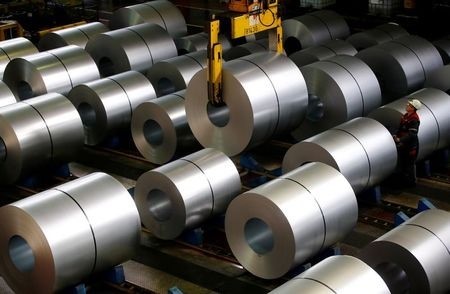 Morale amongst Italian businesses slipped for a second month running in September but consumer confidence jumped to its highest level for more than 23 years, data showed on Friday.

National statistics institute ISTAT’s manufacturing confidence index edged down to 113.0 in September from 113.2 in August, but was still above a median forecast of 112.6 in a Reuters survey of eight analysts.

ISTAT’s composite business morale index, combining surveys of the manufacturing, retail, construction and services sectors, came in at 113.8 in September, down from August’s reading of 114.0.

However, consumer confidence surged this month to 119.6 from 116.2 in August, easily beating a median forecast of 115.8 in Reuters’ poll and posting its highest level since ISTAT’s current series began in January 1998.

Prime Minister Mario Draghi’s government has been progressively easing restrictions on business and movement since the spring, in response to a decline in coronavirus infection rates and progress in Italy’s vaccination campaign.

Rome’s official forecast is for a rebound of 4.5% this year, but recent data has been positive and the government is expected to raise its forecast to around 6% when it publishes new projections next week.