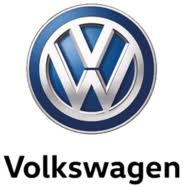 Czech car maker Skoda Auto, part of the Volkswagen group, will halt production at its domestic plants for a week at the end of September due to chip shortages, its union head said in a union newsletter on Thursday.

From delayed car deliveries to a supply shortfall in home appliances to costlier smartphones, businesses and consumers across the globe have been facing the brunt of an unprecedented shortage here in semiconductor microchips.

In the Czech Republic, overall production has been hit in the auto sector, a key driver of the economy. Skoda has thousands of cars unfinished as it waits for chips.

The head of Skoda’s union, Jaroslav Povsik, told the union newsletter that cancelled shifts will be added to planned holidays on Sept. 27-28 to mark a state holiday.

“This way we will shut down production the entire week,” he said. “The reason is the continuing shortage of parts, mainly chips.”

Skoda is one of three car makers in the central European country. The other two are South Korea’s Hyundai Motor Co and Japan’s Toyota Motor Corp.

Toyota has also been forced to halt production at its Czech plant for periods in the past few months.

While manufacturers have had to grapple with global supply and transport bottlenecks caused by the COVID-19 pandemic, the Czech economy has returned to solid growth after a massive contraction in 2020.

Manufacturing sentiment has also stayed strong, but has slipped from records seen in earlier this year.