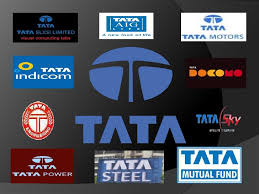 The $106 billion conglomerate yet e-commerce minnow was far more vociferous in discussions than market leader Amazon.com Inc at a July 3 meeting with government officials about proposals such as the prohibition of sales of own-brand or affiliates’ goods, attendees said.

The rules would greatly increase the compliance burden of a conglomerate’s numerous entities and interests, and hurt them far more than smaller rivals, Tata Vice President Poornima Sampath told the online gathering, according to two attendees.

Two weeks earlier, the government spooked the industry by proposing increased scrutiny of relationships between online marketplace operators and their partners. The plan was widely regarded as an attempt to curb the dominance of Amazon and Walmart Inc’s Flipkart and support high-street shops.

The 153-year-old Tata conglomerate is ubiquitous on Indian high streets, so its voice in favour of e-commerce at the July 3 meeting indicates the degree to which it is changing tack.

The firm is arguably best known internationally as owner of British luxury car brand Jaguar Land Rover, but it also makes cars at home under its own brand. The group is also active in steelmaking, IT outsourcing, and hotel and airline operation.

In retail, Tata has an expansive offline portfolio including a joint venture with cafe operator Starbucks Corp and stores it operates for Inditex fashion brand Zara. Yet it is a minor player online – a situation it is determined to rectify, said five people with direct knowledge of its plans.

It bought the majority of online grocer BigBasket in May for over $1 billion and in June took control of online pharmacy 1mg. They will likely join other marquee brands on an app that Tata aims to pilot this year, said three of the people.

E-commerce is the next big thing for Tata, and with that in mind, it plans to buy many more brands, said one of the people.

None of the sources were authorised to speak publicly so declined to be identified.

Tata’s latest digital push is not its first. It launched its Tata CliQ online marketplace in 2016, which booked sales of $36 million in 2019-20. Yet that compared with roughly $10 billion at Amazon, which has invested billions of dollars in India.

Still, in an e-commerce market widely projected to be worth $200 billion by 2026, there is plenty of space for Tata to grow.

Through its app, Tata plans to bring its brands together to offer services such as grocery shopping, meal and medicine delivery, sales of electronic products plus online fitness packages, people familiar with its plans said.

Tata is still developing the app’s features and determining a go-to-market strategy, with the launch likely in phases, starting with some large cities, said one of the people.

Another said the pilot could begin as early as September in the southern city of Bengaluru, India’s IT hub.

Yet digitally integrating the multitude of businesses at a conglomerate the size of Tata Group is a daunting task, said Keyur Majmudar, a managing partner at India’s Bay Capital, adding that retaining customers on a super app will be tough when there is a rise in several niche e-commerce players.

“They need a radical shift in thinking. That (digital integration) is something they’ve never done before. So, the jury is still out,” he said.

Just as Tata’s new digital strategy gathers pace with acquisitions and app development, the government has sprung a surprise that may mean a rethink before the app is even piloted.

A ban on marketplaces offering affiliates’ products could bar its Croma electronics chain and Starbucks from Tata sites, Sampath said at the July 3 meeting, according to two attendees.

A ban on sales of own-brand goods has also triggered questions about whether it will be able to retail its household names such as Tata Tea or Tata Salt on its e-commerce platform.

The Tata brand name adds a level of assurance for consumers, Sampath objected at the meeting, seeking clarity on the government’s policy plans, attendees said.