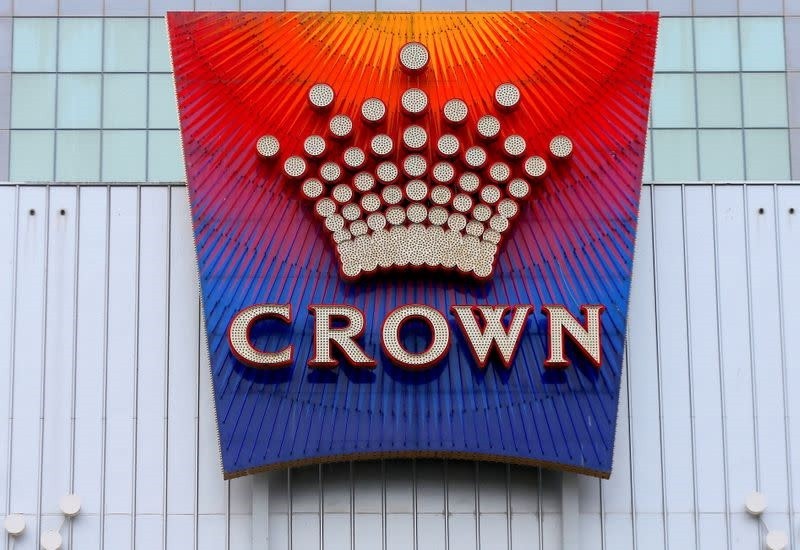 Three months after Crown was declared unfit for a gambling licence at its new Sydney resort tower, Star said the share-swap takeover approach would create “one of the largest and most attractive integrated resort operators in the Asia Pacific region”.

Star’s approach reflects the intense interest in Crown, which has prized tourism and real estate assets in three of Australia’s four biggest cities but whose profits and share price have been hit by coronavirus-related border closures and regulatory woes.

If the deal goes ahead, Star said it would pursue a sale and leaseback of the companies’ combined property portfolio covering dozens of hectares of sought-after waterfront land, generating “significant value”.

Shares of both companies touched their highest intraday levels since before the pandemic, giving them a combined market capitalisation of A$13 billion by the close, as investors warmed to the longer term benefits that Star said were built into its proposal.

Star’s proposal “has the synergies, and then the sale-and-leaseback provides the firepower to do buybacks to realise full value for both sets of shareholders,” said John Ayoub, portfolio manager of Wilson Asset Management which has shares in both.

An inquiry in February found Crown had enabled money laundering on its premises, knowingly dealt with tour operators linked to organised crime and disregarded the safety of staff in China who were jailed in 2016 for breaching its gambling ban. It cited the influence of founder and 37% owner James Packer over the Crown board as a governance problem.

Crown, which lost its CEO in the inquiry fallout, said on Monday said it had appointed Steve McCann, the head of property developer Lendlease Group (LLC.AX), to the role. Crown said it was considering the Star proposal, along with the others.

Following the inquiry Packer pulled his representatives from the Crown board and said he would defer to the company’s leadership about its future. Since stepping back from running the company in an official capacity in recent years, Packer has tried several times to sell down or exit his stake.

While the Star proposal would not require clearance from foreign takeover regulators, as Blackstone’s would, it may attract antitrust scrutiny since it would create a single gambling behemoth in Australia without a competitor.

When the New South Wales state government approved Crown’s Sydney asset in 2013, it cited the need for competition for Star as a reason.

An Australian Competition and Consumer Commission spokesperson said Star had made an approach about its proposal but “we will wait for a submission and commence a public review after that, if the matter progresses”.

Star CEO Matt Bekier said there was a small overlap of the two companies’ businesses, which would compete only in Sydney once Crown was allowed to run its casino, and “we would position the brands at the ends of the consumer spectrum, rather than letting both brands drift into the centre”.

Unlike Star, which operates slot machines and mass entertainment, Crown, which is not allowed to run slot machines in Sydney, was positioned as an upmarket participant, Bekier noted.

“In an ordinary market, a two-to-one merger would not be something that would be easy to approve at all,” said Yane Svetiev, an associate professor at University of Sydney Law School who specialises in competition law.

“(But) I can see somebody making an argument that perhaps it doesn’t matter that much because the market is already heavily regulated anyway,” he added.

Star’s intraday peak of A$4.30 would value the Crown purchase at A$7.8 billion. Star said it estimated its shares would be worth more than A$5 each if the bid were to proceed. The jump in Crown shares gave it a market capitalisation of A$8.8 billion.