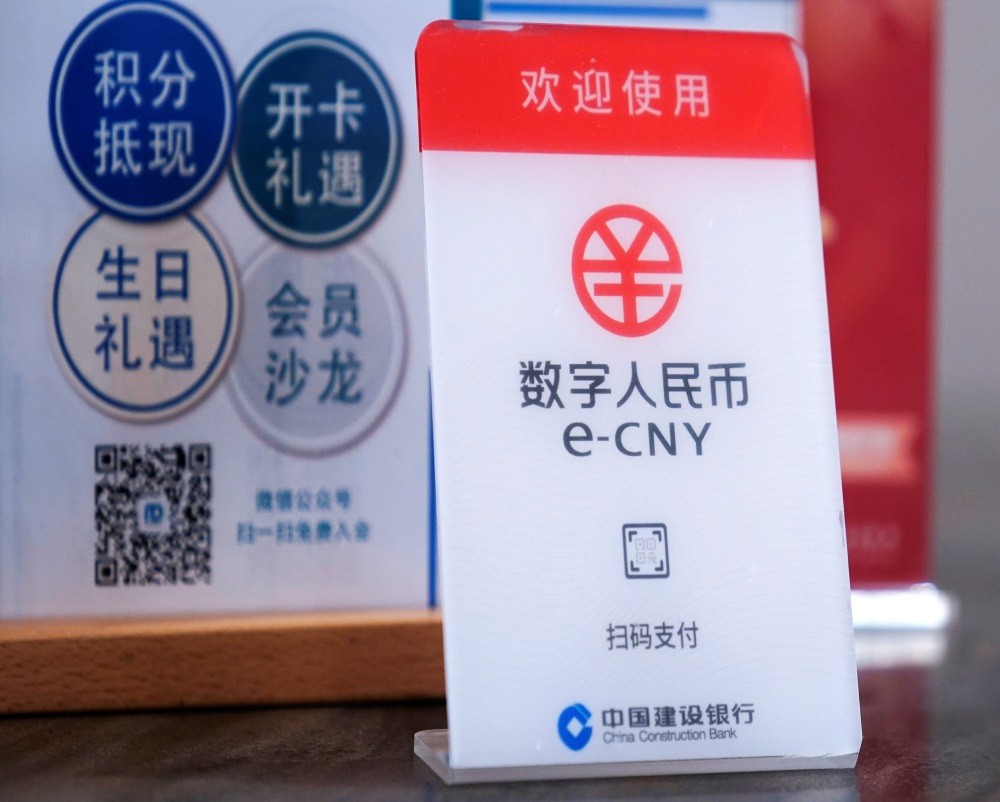 In China’s commercial hub Shanghai, six big state banks are quietly promoting digital yuan ahead of a May 5 shopping festival, carrying out a political mandate to provide consumers with a payment alternative to Alipay and WeChat Pay.

The banks are persuading merchant and retail clients to download digital wallets so that transactions during the pilot programme can be made directly in digital yuan, bypassing the ubiquitous payment plumbing laid by tech giants Ant Group, an affiliate of Alibaba 9988.HK, and Tencent 0700.HK.

“People will realise that digital yuan payment is so convenient that I don’t have to rely on Alipay or WeChat Pay anymore,” said a bank official involved in the rollout of e-CNY for the Shanghai trial, under the guidance of China’s central bank. The official is not authorised to speak with media and declined to be identified.

China’s development of a sovereign digital currency, which is far ahead of similar initiatives in other major economies, looks increasingly poised to erode the dominance of Ant Group’s Alipay and Tencent’s WeChat Pay in online payments.

That turf encroachment coincides with Beijing’s expanding effort to clamp down on anticompetitive behaviour in the internet sector, part of a wider reining in of the clout of sector heavyweights.

In public, the People’s Bank of China (PBOC) says e-CNY won’t compete with AliPay or WeChat Pay, and serves only as a “backup” or “redundancy”. (Full Story)

But in private, state banks marketing the digital fiat currency for the central bank bluntly describe Beijing’s intention to undercut the duo’s dominance.

“WeChat Pay and Alipay own an ocean of data,” so the e-CNY rollout facilitates China’s anti-trust campaign and helps the government control big data, he added.

The PBOC and Tencent declined to respond to requests for comment.

Ant declined to comment on the relationship between Alipay and e-CNY. Ant-backed MYbank said it is “one of the parties participating in the research and development” of the e-CNY, and “will steadily advance the trial pursuant to the overall arrangement of the People’s Bank of China.”

The e-CNY digitalises a portion of China’s physical notes and coins, or currency in circulation (M0), and was launched last year in small pilot schemes in four cities.

Under a two-tier distribution system, the PBOC issues the digital currency to banks, which pass the money to individuals and companies.

“The e-CNY’s ease of use will likely be comparable to Alipay and WeChat Pay, while its security function will likely be higher, and as sophisticated as Bitcoin,” HSBC wrote in a recent report, adding that it expects the digital currency to “proliferate” within China.

Among a slew of likely motivations cited by HSBC behind the push is the central bank’s desire to gain control of payment channels and consumption data from Alipay and WeChat Pay.

Digital wallets, which are still being beta tested, can be bundled with a dozen popular apps including Meituan, JD.com, Didi and Bilibili, but conspicuously can not be linked to WeChat or Alipay. That means none of the participating banks can transfer e-CNY between their digital wallets and the two established payment platforms.

“PBOC doesn’t want to see the money being routed through third-party payment systems,” a banker said, citing the need for “information segregation”.

That data is now dominated by Alipay and WeChat Pay, which control a combined 94% of China’s online payment market.

Chow predicts that e-CNY will account for roughly 10% of China’s electronic payments market in a few years, co-existing with Alipay and WeChat Pay.

To entice users, bankers said the PBOC will likely give “red envelopes” of free digital cash or discounts to Shanghai citizens around the upcoming shopping festival, an event aimed at promoting spending to fuel economic recovery from COVID-19.

PBOC deputy governor Li Bo told a forum last week that domestic adoption will precede cross-border payments with e-CNY, which many analysts believe will bolster the yuan’s global status as China seeks ultimately to break the dominance of the dollar settlement system.

“The priority of the yuan’s digitalization is currently to promote its domestic use,”