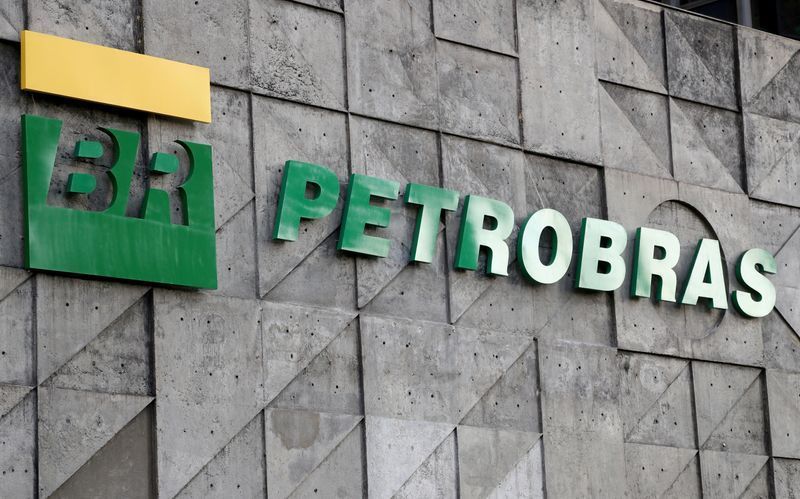 The selloff, following a series of analyst downgrades, deepened after Bolsonaro said the company’s fuel policy was only pleasing to financial markets and select groups in Brazil and should be changed as part of an effort to lower gasoline and diesel prices.

Overall, the last few days have marked a dramatic about-face for Bolsonaro, a right-wing populist whose interventionist instincts until now had been largely contained by economically conservative allies.

Shares in state electricity company Eletrobras also plunged on Monday after Bolsonaro said it would be the next sector in which the government would “stick its finger.”

In comments to Brazil’s Radio Bandeirantes on Monday, Joaquim Silva e Luna, the man tapped by Bolsonaro on Friday to take the reins from Roberto Castello Branco, floated the idea of a government fund, or “cushion”, to lessen the effects of fluctuating fuel prices on consumers.

Bolsonaro doubled down on his criticism of Castello Branco, mocking his decision to social distance since the beginning of the coronavirus pandemic, the severity of which the president has repeatedly minimized.

“Now, the current Petrobras chief executive, let’s be very clear, has been at home for 11 months without working, working remotely. Now, the boss has to be on the front line,” Bolsonaro said, adding: “This is for me unacceptable.”

BONDS ALSO HIT
Credit Suisse, Santander, Scotiabank, Bank of America, Bradesco and XP analysts were among those who downgraded their recommendations on shares of Petroleo Brasileiro SA, as the Rio de Janeiro-based producer is known.

“A good reputation is hard to earn and easy to lose,” BTG bank analyst Thiago Duarte said in a note to clients.

Dollar-denominated debt issued by Petrobras also suffered hefty losses with the 2043 bond dropping 7.6 cents to trade at a seven-month low of 98 cents on the dollar, Refinitiv data showed.

Petrobras’ “all-important” pricing policy and its implications for cash generation and planned asset sales, particularly of its refineries, has clouded its debt reduction and dividend outlook, Santander analysts led by Christian Audi said in a note to clients. They downgraded their recommendation on the stock to “hold” from “buy.”

Director-General Rodolfo Saboia of Brazil’s oil regulator ANP said that the CEO change would not affect the country’s policy of opening up the refinery sector to private investment or pursuit of free markets. He declined to comment directly on Petrobras’ refinery sales.

“The best way to attempt to reach a fair price is by opening the market … and not depending on one actor to set the price a certain product should have,” he told Reuters in an interview.

In a Facebook post after the close of trading on Friday, Bolsonaro announced the nomination of Silva e Luna, a former defense minister who has been managing giant hydroelectric dam Itaipu, to replace Branco.

The retired general, who lacks any oil and gas industry experience, said in the Radio Bandeirantes interview that he had not discussed and does not have an opinion on an eventual privatization of the company.

On Saturday, Silva e Luna told Reuters that the company needed to find “balance” in fuel pricing, considering the impact on shareholders, investors, sellers and consumers.

Brazil’s securities industry watchdog CVM on Monday announced the opening of an investigation on the change of leadership, confirming an earlier Reuters report on the matter.