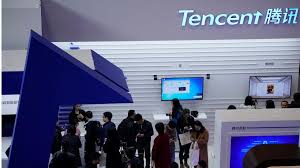 Kuaishou Technology surged three-fold in its Hong Kong stock market debut on Friday to become the fifth-largest listed company in the city, driven by massive demand from mom-and-pop investors for the Chinese online video service operator.

The first-day pop, while among the largest, is one of many strong recent debuts in the Asian financial hub – an encouraging sign for others looking to tap into the market while also adding to global concerns about an asset bubble and risks retail investors are taking.

The float is the biggest in Hong Kong since Budweiser’s Asia unit raised $5.75 billion in 2019. Retail investors bid for 1,204 times the amount of Kuaishou shares on offer for them in the IPO, mostly backed by borrowed money.

The Friday spike in Kuaishou shares was driven by demand from customers from mainland China, who cannot invest in IPOs in Hong Kong but can buy in the secondary market if they have brokerage accounts in the city, said Louis Tse, managing director of brokerage Wealthy Securities.

Retail investors in Hong Kong who failed to get shares in the IPO also piled in, Tse said, adding there was a lot of pent-up demand after the last-minute suspension of Ant Group’s blockbuster $37 billion dual-listing in November.

“This bodes well for other Hong Kong IPOs, if the companies are well known on the mainland,” Tse said.

Douyin and Kuaishou are rivals.

Kuaishou was the world’s No.2 short video platform in the first nine months last year, its IPO prospectus said.

It had an average of 275.9 million daily active users over the period, the prospectus adds, citing iResearch, as the pandemic forced people to spend more time online.

While access to Kuaishou is free, the company makes money through selling virtual items which users gift to the creators of the videos, online marketing and commissions from e-commerce sales on the platform.

The company plans to use the proceeds of the IPO to grow its ecosystem, strengthen research and for selective acquisitions, it said in an exchange filing.

Kuaishou’s sharp spike on debut, however, comes against the backdrop of growing fears about an asset bubble, with amateur investors boosting the price of assets ranging from cryptocurrencies to new market listings.

“I’m not very familiar with the app to be honest. But I’ve heard good things about the company, and I know it is backed by Tencent,” 67-year-old taxi driver Mars Lau, who bid for shares in the Kuaishou IPO, told Reuters ahead of the listing.

Among other recent floats where shares surged on debut are Smoore International that gained 150% in July last year after it raised $1.1 billion at its IPO.

The recent sharp rise and fall in U.S. videogame retailer GameStop and some other stocks have put investors on edge and prompted some brokerages globally to raise margin requirements or stop offering leverage for buying securities.

“Kuaishou is definitely a bubble if you look at its forward P/E,” said Dickie Wong, executive director of research at Kingston Securities, referring to the price to earnings ratio.

“However, I don’t think it will burst like GameStop, there is so much demand,” Wong, who owns Kuaishou shares said, citing interest from mainland China and the likelihood of the company being included in Hong Kong indices.