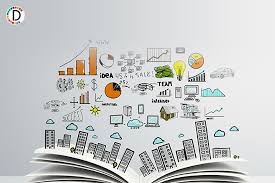 EU watchdogs may step in as retail share trades rocket

European Union regulators may intervene after a surge in online share trading by retail investors since restrictions to tackle the COVID-19 pandemic were introduced, the bloc’s securities watchdog said on Thursday.

Regulators have sifted through market transactions to find the source of the surge which began long before last week’s frenzied bout of retail trading on Wall Street drew the attention of U.S. authorities.

“We are closely monitoring these new developments and are assessing whether any further supervisory actions are needed,” Steven Maijoor, chair of the European Securities and Markets Authority told an Afore Consulting webinar.

Figures from Belgium’s regulator suggested that growth in investing was concentrated among young investors, he added.

“There is a risk that much of the new activity is speculative as retail investors try to profit from market volatility,” Maijoor said.

“Equally concerning is that they may have turned to day trading to fill their time during lockdowns.”

The large “price bubble” in bitcoin in the second half of 2020 was also a concern, but it was hard to say if this was linked to increased trading in more traditional financial instruments like shares, he said.

“We will remain vigilant in monitoring developments,” Maijoor said.