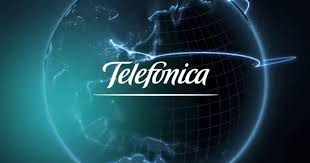 Shares in Telefonica soared on Wednesday after the Spanish group said it had agreed to sell its mobile phone masts in Europe and Latin America to American Towers for 7.7 billion euros ($9.41 billion) in cash.

U.S.-based American Towers will then lease the phone masts back to Telefonica, leaving the Spanish group only owning tower assets in Britain.

Telefonica, which alongside European peers has struggled to prop up a sagging share price in the face of fierce competition, will be able to use sale proceeds to trim by 4.6 billion euros its net debt that piled up during hefty investment in networks.

It has said it aims to focus on more profitable businesses and exit less profitable markets such as those in Latin America.

Long-term income streams tied to inflation have turned towers into prized investment targets in a world of low returns. These networks are set to expand to accommodate next-generation 5G internet and eventually link up billions of smart devices.

Telefonica Chief Executive Josa Maria Alvarez-Pallete said the deal meant the firm could focus on its “more ambitious goals”, such as a deal to merge its British operations under the O2 brand with Virgin Media, the acquisition of Brazilian carrier Oi’s mobile assets and debt reduction.

Proceeds from the American Towers deal include a capital gain of about 3.5 billion euros, Telefonica said.

For the U.S. firm, which dwarves its main European rival Cellnex, the deal gives access to a European market made increasingly attractive by the 5G rollout.

Cellnex has already built up a tower network spanning most of Europe, while Vodafone is planning to list its own infrastructure unit Vantage towers in Frankfurt.

Telefonica has said it is looking at all possible options for the future of the part of Telxius it still owns, which is an undersea cable between Europe and the United States.