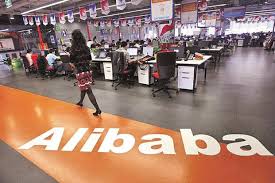 The Trump administration is considering adding tech giants Alibaba and Tencent to a blacklist of firms allegedly owned or controlled by the Chinese military, two people familiar with the matter said on Wednesday.

Targeting Asia’s two most valuable companies, worth a combined $1.3 trillion, would be U.S. President Donald Trump’s most dramatic step yet in a recent raft of measures unleashed against Chinese companies as he seeks to cement his hardline policy against Beijing during his final days in office.

Defense Department officials, who oversee the blacklist designations, have not yet finalized plans and are also discussing adding other Chinese firms to the list, the sources said, speaking on condition of anonymity because the deliberations are private.

Both companies declined to comment. The discussions were first reported by the Wall Street Journal.

Shares in Alibaba, China’s biggest e-commerce firm, and Tencent, a gaming and social media behemoth, were down roughly 4% in afternoon trade on the Hong Kong Stock Exchange. Alibaba’s U.S.-listed shares closed down just over 5% on the news on Wednesday.

Some investors expressed skepticism, however, that Alibaba and Tencent would face long-term restrictions – given that they are worth a combined $1.3 trillion, widely held by U.S. investors and the likely reputational and financial hit to U.S. stock markets.

“It’s a very bad policy and there’s enough money in Asia, lots and getting bigger, that one shouldn’t force these companies out of America,” said Thomas Caldwell, chairman of Caldwell Investment Management in Toronto and an investor in the New York Stock Exchange. “Money and markets should be neutral.”

Trump escalated measures against Chinese firms in November with an executive order that bans U.S. investors from buying shares of Chinese firms.

The November executive order sought to give teeth to a 1999 law that tasked the Defense Department with drafting a list of Chinese companies deemed to be owned or controlled by the Chinese military.

The Pentagon has so far blacklisted 35 firms, including China’s top chipmaker SMIC and oil giant CNOOC.

While release of the November directive prompted index providers like MSCI to begin deleting blacklisted companies from their indexes, confusion about the scope of the rules has prompted some dramatic flip-flops by the New York Stock Exchange in recent days.

The NYSE originally on Dec. 31 announced plans to delist China Mobile Ltd, China Telecom Corp Ltd and China Unicom Hong Kong Ltd. On Monday, it did a U-turn after consulting with regulators in connection with the U.S. Treasury’s Office of Foreign Assets Control and decided to keep them listed. On Wednesday it said it will return to the original plan.

FILE PHOTO: A logo of Tencent is seen at its booth at the 2020 China International Fair for Trade in Services (CIFTIS) in Beijing, China September 4, 2020. REUTERS/Tingshu Wang/File Photo

S&P Dow Jones Indices have followed the NYSE and said late on Wednesday it will remove the American Depositary Receipts (ADRs) of the three telecom companies.

The Trump administration has had both Tencent and Alibaba’s financial technology affiliate Ant Group in its crosshairs for some time.

In August, Trump signed an executive order to ban some U.S. transactions with Tencent’s WeChat. But the restrictions were blocked by courts mainly on freedom of speech grounds.

Reuters reported in November that the U.S. State Department had submitted a proposal to add Ant Group to another trade blacklist to deter U.S. investors from taking part in its now-aborted initial public offering. But the Commerce Department, which oversees the blacklist, shelved the proposal after Alibaba President Michael Evans urged Commerce Secretary Wilbur Ross to reject the proposal.

Ant Group’s $37 billion IPO was halted after co-founder Jack Ma publicly criticized China’s regulatory system in October, setting off a concerted regulatory crackdown in the country on Alibaba and Ant.

Alibaba’s market value has shrunk by more than a quarter since November after the Ant Group IPO failed. But valued at more than $600 billion, it is still among the biggest 10 companies globally. 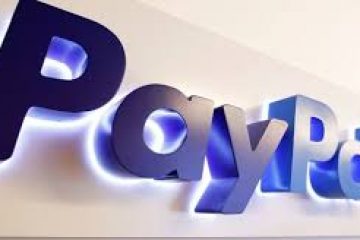