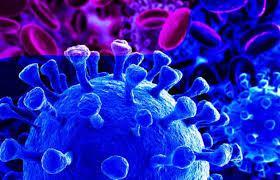 Speedy global delivery of COVID-19 vaccines by air and sea in ultra cold conditions will lead to a jump in cargo insurance rates and spur demand for new areas of coverage, leaving underwriters on high alert.

Pharmaceutical companies normally manage the risks of transporting their products through buying insurance or relying on an in-house insurer, known as a “captive” insurer.

But as Pfizer Inc and other drugmakers start to roll out vaccines more broadly, existing company-wide annual cargo insurance programmes are likely to be insufficient, industry sources say.

“Where manufacturers or logistics providers see gaps in their coverages, they may look to the insurance markets to plug those gaps,” said Charlie Netherton at broker Marsh.

The first U.S. vaccine shipments departed Pfizer’s facility in Kalamazoo, Michigan this week, while tens of thousands of people in Britain have had their first dose of the Pfizer vaccine, which was developed with Germany’s BioNTech.

Moderna Inc is also due to roll out a COVID-19 vaccine once regulatory approval is secured, as is Britain’s AstraZeneca which has developed a vaccine with Oxford University.

Transporting vaccines, however, is already high risk, with around 30% of vaccine consignments globally lost to damage or theft, insurance sources say.

Prices for new contracts in the transport insurance market were climbing sharply even before the pandemic following rising claims and reduced competition, and industry sources expect insurance rates to jump when pharma companies involved in COVID-19 vaccines renew their annual policies next year, given the additional risk.

“Vaccine producers which do not have long-term contracts in place must expect additional insurance costs of up to 20% compared to the previous year,” said Reiner Heiken, chief executive of U.S.-headquartered Hellmann Worldwide Logistics.

Those companies are also expected to take out more cover for added risks including extra-cold transport and increased likelihood of cyber attacks or old-fashioned theft, sources said.

To rein in their insurance costs, drug firms are likely to take on more of the initial risk themselves, or make more use of in-house captives, which have become increasingly popular in large firms.

Pfizer, Moderna and AstraZeneca did immediately respond to requests for comment via email.

Insurers, for their part, also risk claims under liability policies if the vaccines are administered after being damaged in transit, and cause major side effects, Nicky Stokes at broker New Dawn Risk said.

A consignment carrying tens of thousands of packs of a COVID-19 vaccine that is lost, stolen or damaged from a truck or refrigerated container has an estimated value of $15-$50 million, industry sources say.

Such losses compare with total claims on cargo insurance of $563 million last year, the International Union of Marine Insurance said.

The U.S. and British governments have said they will take on liability risk if the vaccines cause side effects but it is not clear if that includes side effects caused by damage in transit.

Any losses on the transport of vaccines would come on top of more than $100 billion in claims due to the pandemic predicted by Lloyd’s of London this year across a range of insurance classes.

Transporting the vaccine by the first movers such as Pfizer requires constant conditions of -70 degrees Celsius. Monitoring will be complex at scale.

If the vaccines “veer outside of their optimum temperature range for a certain period of time then regulatory bodies will deem them spoiled and unfit for consumption, which for insured or insurers would mean a loss,” said Mel Buitendag with insurance broker Gallagher.

The vaccine is so far being transported by plane.

However, A.P. Moller Maersk, the world’s no.1 container shipping line, said it has an agreement with COVAXX, a division of U.S. private group United Biomedical, to move the vaccine in specialised refrigerated reefer containers.

“Transportation by air freight is happening already,” said Maersk’s global head of pharmaceuticals Hristo Petkov. “For ocean volumes we are looking at end of the second quarter and the beginning of the third quarter.”

COVAXX’s Chief Executive Mei Mei Hu told Reuters it was working with Maersk to secure comprehensive cargo insurance for the full value of each shipment.

“The greatest common risk to temperature-controlled cargo transported via either sea or air is at the points of transition to the last mile – between ocean and inland or air and inland,” Hu said.

“Any transition point can introduce extra handling, changes in power supplies, or delays in customs clearance that can threaten the shipment’s integrity.”

Interpol has issued a global warning about vaccines being a prime target for organised crime.

The vaccines are likely to need advanced tracking and even armed escorts, Gallagher’s Buitendag said.