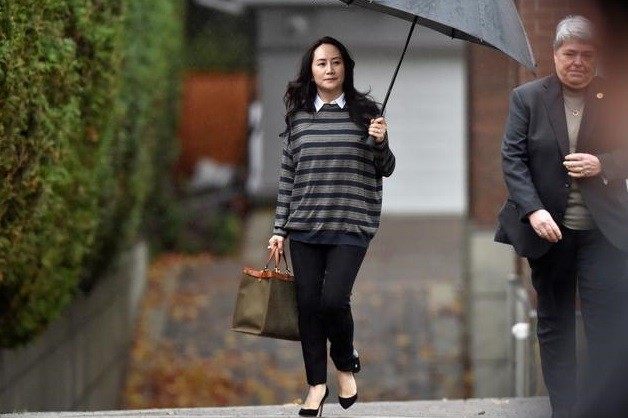 U.S. prosecutors are discussing a deal with lawyers for Huawei finance chief Meng Wanzhou to resolve criminal charges against her, a person familiar with the matter said, signaling a potential end to a case that has strained ties between the United States, China and Canada.

Negotiations between Meng’s attorneys and the U.S. Justice Department picked up after the U.S. presidential election a month ago, the person said, but it is still unclear what kind of deal could be struck.

Meng, 48, was arrested in Canada in December 2018 on a U.S. warrant. She faces bank fraud charges for allegedly misleading HSBC Holdings Plc about Huawei Technologies Co Ltd’s business dealings in Iran, which was subject to U.S. sanctions.

The Wall Street Journal first reported on a possible deal. It said the case might be resolved with a “deferred prosecution agreement” under which Meng would admit to some of the allegations against her and prosecutors would defer and later drop the charges if she cooperated.

In the case, which was filed in New York, Huawei and Meng are accused of conspiring to defraud HSBC and other banks by misrepresenting Huawei’s relationship with Skycom Tech Co Ltd, a suspected front company that operated in Iran.

Huawei has said Skycom was a local business partner, but U.S. prosecutors said it was an unofficial subsidiary used to conceal Huawei’s Iran business.

U.S. authorities say Huawei used Skycom to obtain embargoed U.S. goods, technology and services in Iran, and to move money via the international banking system. The charges against the company include violating U.S. sanctions on Iran.

The source said the negotiations do not appear to be part of a larger deal with Huawei, which was hit with additional charges in the case in February, including conspiring to steal trade secrets from six U.S. technology companies.

Chinese foreign ministry spokeswoman Hua Chunying told a regular briefing that Meng was innocent and that the U.S. had “choreographed” the case to contain Chinese high-tech companies, without commenting directly on the reports.

“We urge the U.S. to drop this extradition warrant and arrest order on Ms Meng and we urge the Canadian side to release her and allow her to return to China at an early date,” she said.

Shares in Huawei’s greater China suppliers, such as Wus Printed Circuit Kunshan, Shennan Circuits and Hon Hai Precision Industry, rose after the news, bucking a broader retreat in the market.

The Trump administration has targeted Huawei’s business worldwide in an effort to thwart its ambitions to supply next generation 5G networks.

In pressuring other countries to bar Huawei from their cellular networks, the United States said it was worried its equipment could be used by Beijing for spying. The company has repeatedly denied the allegation.

Meng is due back in British Columbia Supreme Court on Monday as she fights extradition to the United States.

If she were to admit wrongdoing, the Trump administration could claim victory in a thorny dispute with China, and relieve the pressure on Canada, which has found itself in the cross fire of the U.S.-China trade war.

After Meng’s arrest, China cut off imports of canola seed from Canada and detained two Canadian citizens, Michael Kovrig and Michael Spavor, for alleged spying. They remain behind bars.

“Ottawa has been pressing Washington to try to come and help us in any way possible, and this would be a great way to end this nightmare,” former Canadian ambassador to China Guy Saint-Jacques told the Canadian Broadcasting Corporation.

Reuters broke news of the bank fraud charges two years ago and exclusively reported last year on how an internal HSBC probe helped lead to the charges against Huawei and Meng.

The U.S. sanctions investigation was spurred by Reuters reports more than six years ago that detailed the close ties between Huawei and Skycom.

U.S. President Donald Trump told Reuters after Meng’s arrest in 2018 that he would intervene in the case if it would serve national security interests or help close a trade deal with China. Meng’s lawyers expressed concern at the time that she was a pawn.