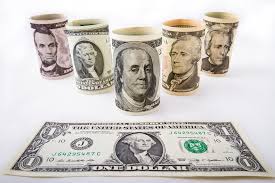 The euro was headed for its best week in a month on Friday and has blown past major resistance levels as investors piled into bets the U.S. dollar has further to fall while the world begins to emerge from the COVID-19 pandemic.

Having finally breached $1.2000 after multiple attempts, momentum funds have surged in to long positions. The next serious chart resistance level is not until $1.2555.

“The euro is holding above the $1.21 level for the first time since spring 2018, despite the fact that there is only a week to go before the European Central Bank is expected to add more policy stimulus,” said Rabobank strategist Jane Foley.

“There is no doubt that the actions of the Federal Reserve have been hugely successful at weakening the value of the dollar since the spring this year.”

The euro is also set for its best week against the Japanese yen in six months, even though the yen rose a little against a broadly weaker dollar on Thursday.

The yen was steady against the dollar on Friday, sterling held near a one-year peak and other majors eased a fraction, while Asian currencies advanced.

Investors have turned heavily short dollars in recent months, figuring rates will stay low for a long time in the United States forcing yield-seekers to head elsewhere for better returns.

Even worries about a painful winter of deaths and lockdowns in the United States has failed to drive too much safe-haven demand for dollars, as investors reckon on more government support – either in the form monetary easing or fiscal spending.

Against a basket of currencies the dollar has shed about 12% from a three-year high of 102.990 in March, to hit a two-and-a-half year low of 90.504 on Thursday and held near that level on Friday.

Besides the euro, trade-exposed currencies in Asia have also surged over recent weeks as optimism about the region’s recovery gathering pace – especially with vaccines on the horizon – drives flows in to assets from Seoul to Sydney and Singapore.

The Chinese yuan, an increasingly popular vehicle for investors to bet against the dollar, made a 29-month high of 6.5358 per dollar. [CNY/]

The South Korean won rose 0.7% to its strongest since mid 2018 as foreign inflows sent the Kospi equities index to a record high some 90% above its March lows.

The Australian and New Zealand dollars backed away slightly after hitting more than two-year highs on Thursday. The Aussie was last down 0.2% at $0.7427 and the kiwi softer by the same margin at $0.7061.

They are both on track for a fifth consecutive week of gains, a streak that has lifted the kiwi most of all and raised it some 8.6% above late-September lows.

Later on Friday, investors are looking to U.S. jobs figures due for the latest signs of the recovery losing momentum, while the fate of the pound is largely in the lap of Brexit trade deal negotiators who remain locked in talks.

“Traders need to assess their sterling exposures into the weekend,” said Chris Weston, head of research at Melbourne brokerage Pepperstone.

“If I were running long exposures, I wouldn’t be adding … but questioning, if we see a deal, how punchy the gapping risk will be,” he said. “If we don’t get a deal and the rhetoric from (EU negotiator Michel) Barnier or the British camp shows limited progress then we could see GBPUSD gap lower on Monday.”