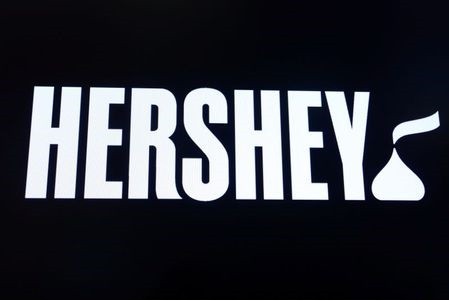 U.S. chocolate maker Hershey Co HSY.N has positioned itself to receive a sizeable amount of cheap cocoa from futures exchange ICE, a move that highlights difficulties African producers are having to sell beans at a recently-agreed premium, traders said.

According to several market sources, Hershey moved to take delivery of thousands of cocoa lots before the December contract expires on Dec. 15. Dealers suggest volumes of up to 30,000 tonnes.

Hershey’s move happens in a moment when Ghana and Ivory Coast, the world’s top producers, are selling their first full crop under a new scheme that includes a price premium of $400 per tonne, created to help alleviate farmer poverty. The premium, known as LID, had vocal support from chocolate makers.

The African countries have struggled to sell their crop with the premium, in large part because the pandemic-induced recession slashed demand for non-staple foods like chocolate.

“The exchange right now is the cheapest place to buy cocoa,” said a U.S.-based broker, indicating Hershey’s move was justified by lower prices compared to the hefty African premiums.

Traders said Hershey asked and obtained an exemption from ICE to sharply exceed delivery limits. The exchange declined to comment.

“While we do not discuss details of our specific buying and hedging activities, we buy cocoa from a variety of suppliers and sources to meet our ongoing business needs,” Hershey said, adding that it has also bought cocoa from Ghana and Ivory Coast in deals that included the LID premium.

“An unprecedented delivery for a branded company that will push the continued problem of unsold LID premium cocoa back further,” said one European trader, adding that middlemen have made clear to the African countries that the premium has been hard to market.

Another European trader estimated that Ivory Coast and Ghana sales are 500,000 tonnes behind volumes seen at this time a year earlier.