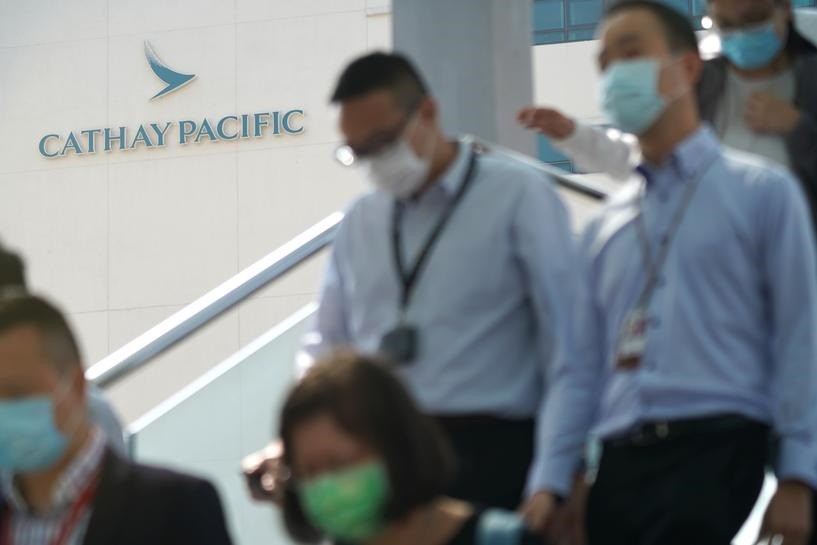 Hong Kong’s Cathay Pacific Airways Ltd said on Wednesday it would slash 5,900 jobs and end its regional Cathay Dragon brand, joining peers in cutting costs as it grapples with a plunge in demand due to the coronavirus pandemic.

The airline would also seek changes in conditions in its contracts with cabin crew and pilots as part of a restructuring that would cost HK$2.2 billion ($283.9 million).

Overall, it will cut 8,500 positions, or 24% of its normal headcount, but that includes 2,600 roles currently unfilled due to cost reduction initiatives, Cathay said.

“The actions we have announced today, however unpalatable, are absolutely necessary to bring cash burn down to more sustainable levels,” Cathay Chairman Patrick Healy told reporters.

Cathay shares jumped almost 7% during early trading and closed 2.3% higher, with broker Jefferies saying the announcement removed a key overhang on the stock.

Cathay, which has stored around 40% of its fleet outside Hong Kong, said on Monday it planned to operate less than 50% of its pre-pandemic capacity in 2021.

After receiving a $5 billion rescue package led by the Hong Kong government in June, it had been conducting a strategic review.

The airline said it was bleeding HK$1.5 billion to HK$2 billion of cash a month and the restructuring would stem the outflow by HK$500 million a month in 2021, with executive pay cuts continuing throughout next year.

BOCOM International analyst Luya You said she had expected more strategic insight from the airline on its fleet plans and route network as part of the restructuring.

“Had they revealed more on fleet planning for 2021-22, we would get a much better sense of their outlook,” she said.

Cathay Dragon, once known as Dragonair, operated most of the group’s flights to and from mainland China and had been hit by falling demand before the pandemic due to widespread anti-government protests in Hong Kong.

Cathay said the airline would cease operating immediately and it would seek regulatory approval to fold the majority of Cathay Dragon’s routes in Cathay Pacific and low-cost arm HK Express.

Healy said there would be “substantial savings” from combining Cathay Dragon’s narrowbody fleet with Cathay Pacific’s longhaul fleet and focusing on marketing of a single premium brand.

In the short-term, the closure of the Cathay Dragon brand will result in it being unable to carry cargo to Fuzhou, Guangzhou, Kuala Lumpur and Fukuoka, and it will only send dedicated freighters to Xiamen, Chengdu and Hanoi, it told cargo customers in a memo, indicating the routes were cut for now.

Like Singapore Airlines, Cathay lacks a domestic market to cushion it from the fall in international travel due to border closures.

In September, Cathay’s passenger numbers fell by 98.1% compared with a year earlier, though cargo carriage was down by a smaller 36.6%.

Google says it will not file motion to dismiss U.S. lawsuit