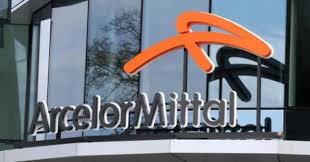 Cleveland-Cliffs Inc CLF.N, the largest U.S. producer of iron ore pellets, has agreed to buy the U.S. assets of the world’s largest steelmaker ArcelorMittal SA MT.LU for about $1.4 billion in cash and shares.

The deal, announced by the two companies on Monday, will make Cleveland-Cliffs the largest flat-rolled steel producer in North America and, for ArcelorMittal, give it up to a quarter share of Cleveland-Cliffs’ business and allow it to reward shareholders with a share buy-back.

ArcelorMittal shares were up 8.3% in early trading, although had still not made up for losses last week, when markets tumbled over concerns that rising coronavirus cases would hinder the economic recovery.

ArcelorMittal was in talks to merge its U.S. operations with Cleveland-Cliffs, which bought U.S. steel producer AK Steel for $3 billion in March.

ArcelorMittal will receive $505 million upfront in cash and the remaining roughly two-thirds in the form of equity.

The equity arrangement will give ArcelorMittal an initial stake of 16% in Cleveland-Cliffs, which could rise to 25.5%.

The deal will include $2 billion of liabilities, including linked to pensions, putting the overall deal value at $3.4 billion.

ArcelorMittal said it had now passed its target of offloading $2 billion of assets to reduce its debt, allowing it to carry out a $500 million share buy-back.

It has previously agreed to sell stakes in its shipping business and in Brazilian steelmaker Gerdau.

ArcelorMittal said it would continue to serve the North American market through operations in Canada and Mexico, which together made 9 million tonnes of steel last year, and its steel processing facility in Calvert, Alabama, a joint venture with Nippon Steel 5401.T.

ArcelorMittal’s U.S. business has more than 18,000 employees and 25 facilities, including mines, steel-making facilities and finishing operations. They produced 12.9 million tonnes of steel in 2019.