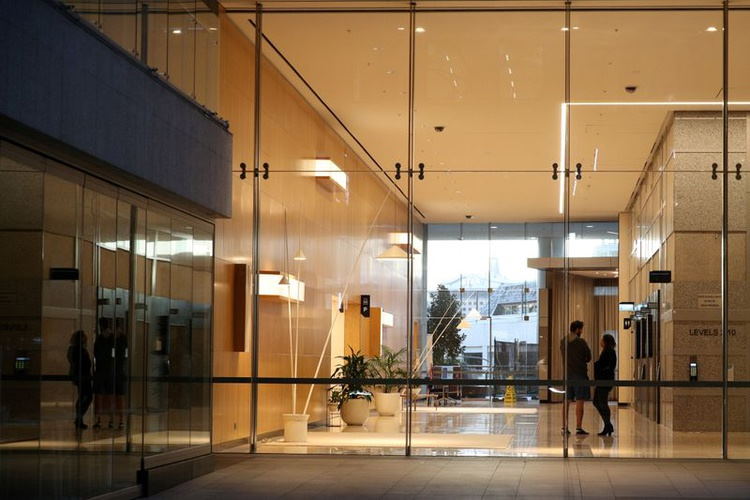 It was billed by the government as a kickstart to the coronavirus-stricken economy of Australia’s biggest city: a new tech hub in a forest of skyscrapers built over 24 hectares (59 acres) of railyards in downtown Sydney.

But with offices largely empty as workers stay home, the project may flood the city with commercial floorspace, putting more pressure on landlords already struggling to fill the void, industry sources say.

Sydney already has 500,000 square metres of new offices due for completion in the next four years, according to industry data – not much less than London, which has double the population.

The new tech hub, led by office giant Dexus and Frasers Property Australia, with local technology star Atlassian Plc  as an anchor tenant, would increase Sydney’s new available floorspace by half again when completed in 2025.

“I don’t think anyone can say with certainty what sort of demand they’re going to be met with in 2024, 2025,” said Anneke Thompson, the local head of research at Colliers referring to the project.

“Sydney and Melbourne … have got projects that have been built for years now and they’re about to reach completion. They will add quite a bit of supply to the market, and the supply that that leaves behind … will probably take longer than what we anticipated to lease up.”

Six months ago, Colliers forecast Sydney CBD office vacancies would peak at 6.8% in 2024, from 3.7% then. Now it says vacancies could hit 10% two years sooner, thanks to COVID-19.

“Some organisations are starting to put some space on the market and that’s a direct function of the pandemic, but I think there’s a lot who are still getting their heads around things,” said JLL’s local head of office leasing, Tim O’Connor.

The New South Wales state government, which approved the new project, did not respond to a Reuters request for comment.

Frasers Property Australia and Dexus said in a joint statement that there was “strong interest” from tech companies for the precinct, with the potential for the development to be staged in line with market demand.

Atlassian has not committed to an amount of floorspace in the new build. Its co-CEO Scott Farquhar said in an email that “even with a highly distributed workforce, we’ll need a place to come together”, adding “we can design this space especially for these new ways of working.”

Since February, some of the biggest stock declines are landlords of brick-and-mortar retailers as lockdowns halted physical commerce.

Shares of mall giants Scentre Group  and Vicinity Centres  are down about 44%, while office landlords like Dexus and GPT Group are down closer to 30%. The broader market is off by 16%.

But investors now fear the office sell-off will last longer as many employees adapt to, and enjoy, working from home.

“We’re going into recession, it’s going to be tougher, tenant demand has already been dropping, and now you’ve got this new thing to think about which is work from home,” said Grant Berry, a fund manager who specialises in property stocks for SG Hiscock.

For now, corporate tenants waiting on new offices say they are sticking to their plans. And even if they have fewer staff in the office, property lessors say they may need more floorspace per person due to social distancing rules.

Software giant Salesforce.Com Inc said it still wants 24 floors of a new harbourside tower in 2022. Consultant Deloitte said there was no change to its plan to occupy another new tower nearby, despite shedding 7% of its Australian staff.

National Australia Bank Ltd  says it is on course to rent nearly half a new city tower next year.

Tim Brown, managing director of fund manager BlackWall Ltd  which cancelled a spin-off listing of a shared office management business, citing COVID, said he was looking at an investment close to the planned tech hub despite concerns about the effects of working from home.The reason: a big name anchor tenant. “It could well we be the hangoffs from the Atlassian lease there are so big that it can absorb and justify any large amount of office space down there,” Brown said.