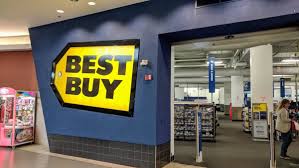 Best Buy has joined the growing ranks of major retailers requiring shoppers to wear masks when visiting its stores.

The electronics retailer said the move will be effective as of July 15 and aims to “help protect not only our shoppers and communities, but also the tens of thousands of Best Buy employees working to serve our customers each day.”

Best Buy joins national retailers such as Costco Wholesale, Dollar Tree, Verizon, H-E-B, and Apple in making face coverings mandatory for customers as well as store workers, a policy that has seen pushback from some shoppers.

When Costco announced the policy in early May, some shoppers took to social media to claim the company was infringing on their rights and threatened a boycott. But Costco’s sales results in the aftermath of the announcement suggest such threats were empty: Its U.S comparable sales in June rose 11%.

During this particularly fraught time for retailers, many of which had to deal with sharp sales drops during the pandemic lockdowns, there is an apprehension to antagonize any segment of their clientele—especially when local or state governments have not stepped in with clear safety guidelines.

Walmart CEO Doug McMillon said on Bloomberg Television on Monday that masks are currently required in about 3,700 of its more than 5,000 U.S. locations, “where either the governor or someone else has mandated it.” But the nation’s largest retailer still hasn’t ruled out the possibility that it might institute its own mask requirements.

“We don’t currently, as we’re doing this interview, mandate that in our other stores, but that’s obviously something that’s on our minds,” McMillon said.

With COVID-19 case numbers exploding in many states, and the reversal of reopenings in places such as Los Angeles and Dallas, retailers are keenly aware of the risk of sales plummeting again because of closures—or simply because shoppers are too anxious about going into physical stores, which still generate more than 80% of the retail industry’s sales.

Best Buy last month ended shopping by appointment-only at its stores, a measure it had implemented to preserve some of its in-person business while shielding staff from the epidemic.