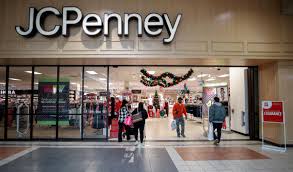 Private equity firm Sycamore Partners is in preliminary talks to acquire J.C. Penney Co Inc (JCP.N) out of bankruptcy should the U.S. department store chain’s negotiations with its creditors fail, three people familiar with the matter said on Friday.

J.C. Penney, which employs roughly 85,000 people, filed for bankruptcy protection in May after the coronavirus pandemic forced it to temporarily close its more than 800 stores across the United States, compounding financial woes that stemmed from years of dwindling sales.

Sycamore is weighing acquiring J.C. Penney outright or making an investment in the troubled retailer, the sources said.

There is no certainty that the talks between Sycamore and J.C. Penney will result in a deal, which would require a bankruptcy judge’s approval, the sources said.

J.C. Penney shares surged 47% after Reuters reported on the talks, ending the day up 55% to close at 32 cents.

The sources requested anonymity because the discussions are confidential. Sycamore and J.C. Penney declined to comment. Brookfield had no immediate comment while Simon and Wells Fargo did not immediately respond to requests for comment.

J.C. Penney is in discussions about handing over control to its lenders in exchange for reducing its nearly $ 5 billion of debt. This hinges on a slew of investment firms that hold the company’s senior debt and have provided the company’s bankruptcy financing agreeing to J.C. Penney’s business plan by July 14.

If the Plano, Texas-based company does not persuade enough lenders to approve its plan by the following day, July 15, the terms of its bankruptcy loan require J.C. Penney to abandon its reorganization efforts and pursue a sale.

It is unclear how much Sycamore is willing to pay for J.C. Penney, which is in the process of permanently closing stores and cutting jobs.

Sycamore, a New York private equity firm that specializes in retail and consumer investments, has in the past taken control of high-profile businesses such as office supplies chain Staples, women’s clothing retailer Talbots and department-store operator Belk.

Last month, Sycamore walked away from a $ 525 million deal to buy a majority stake in L Brands Inc’s (LB.N) Victoria’s Secret, as the pandemic hammered sales at the lingerie chain.

Brookfield and Simon operate malls across the United States. Brookfield in May said it would devote $ 5 billion to non-controlling investments designed to revitalize retailers struggling in the wake of the coronavirus outbreak.

In July, the lenders will “decide whether the dream lives or the dream dies,” said Cathy Hershcopf, a creditors’ lawyer, during the hearing.

David Kurtz, a Lazard Ltd (LAZ.N) banker representing J.C. Penney, said during the hearing that “four major institutions” had signed confidentiality agreements to discuss working with the company and its lenders on the retailer’s restructuring. He did not name them.

Sycamore, Brookfield, Simon and Wells Fargo are the four unnamed parties, one of the sources said.

Under a plan being discussed with its creditors, J.C. Penney would be split into two companies. One would be a real estate investment trust that would hold some of the company’s property and lease it back to J.C. Penney. The other would operate J.C. Penney’s retail business.

Joshua Sussberg, a Kirkland & Ellis LLP lawyer representing J.C. Penney, said during Thursday’s court hearing that the company needed to persuade lenders negotiating to take control of the restructured business to keep it alive and that he planned to hold them accountable for how the case ended.

Even in less-fraught times, many retailers, including Barneys New York Inc and Toys ‘R’ Us, have failed to reorganize under bankruptcy protection and gone out of business for good.

J.C. Penney on Thursday said it plans to permanently close 154 stores, and may shut more. It has so far reopened nearly 500 stores that were closed due to the pandemic, and plans to bring additional locations online in coming weeks. Still, concerns remain that customers might be slow to return amid health concerns and job losses not seen since the Great Depression.