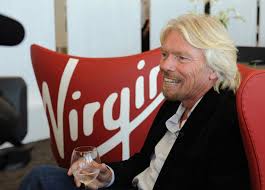 British entrepreneur Richard Branson said on Sunday companies in his Virgin empire will be investing $ 250 million in coming weeks and months to save jobs from the impact of the coronavirus outbreak.

“Because many of our businesses are in industries like travel, leisure and wellness, they are in a massive battle to survive and save jobs”, Branson wrote in a blog. He didn’t say if the $ 250 million just represented salaries of furloughed staff.

“Our airlines have had to ground almost all their planes; our cruise line has had to postpone its launch; our health clubs and hotels have had to close their doors and all bookings to our holiday company have stopped”, he added.

Branson had told Reuters late last month that the new Virgin cruise line would overcome coronavirus fears, but the outbreak has since spread to more places and has jolted markets and industries across the world.

Branson – one of Britain’s best-known businessmen who launched his career in the 1970s in records before expanding into airlines, banking, TV, healthclubs and space – described the crisis as the “most significant” during his lifetime.