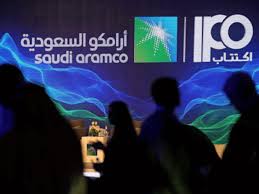 The state-owned oil giant plans to sell 1.5% of the company, or about 3 billion shares, at an indicative price range of 30 riyals to 32 riyals, valuing the IPO at as much as 96 billion riyals ($ 25.6 billion) and giving the company a market value of between $ 1.6 trillion and $ 1.7 trillion.

Aramco has said at least one-third of the sale is expected to be covered by retail investors, who have until Nov. 28 to sign up.

The IPO is the centrepiece of Crown Prince Mohammed bin Salman’s plans to diversify the Saudi economy away from its reliance on oil.