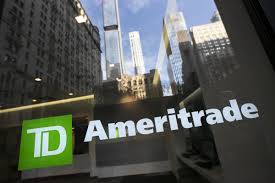 Charles Schwab Corp (SCHW.N) agreed on Monday to buy TD Ameritrade Holding Corp (AMTD.O) in an all-stock deal valued at $ 26 billion, creating a brokerage giant in a market that has been ravaged by price wars.

The acquisition will shake up the retail brokerage industry, creating a company with $ 5 trillion in assets under management and putting smaller rivals under pressure to scout for tie-ups.

The discount brokerage business is under pressure from new, nimbler startups that are gaining market share by eliminating commissions on stock trades.

“In a low, or no fees world … the pressure will be on other financial services rivals to try to keep up, or to gain further scale themselves,” Bankrate.com senior economic analyst Mark Hamrick said.

While the deal could give Schwab an edge in the price war, analysts and anti-trust experts said the merger would face tough regulatory scrutiny, although it could still be approved.

“The industry will continue to have large players and we won’t think it will derail a deal,” said Stephen Biggar, director of financial institutions research at Argus Research.

The combined company will have about 65% to 70% of investment account assets, according to a note from KBW last week.

As part of the deal, expected to close in the second half of 2020, Ameritrade stockholders will get 1.0837 Schwab shares for every share held, or $ 52.23 based on Schwab’s Friday close.

TD Ameritrade shares rose as much as 7.6% to $ 51.80 in morning trading. They have surged 25% since Wednesday, a day before CNBC first reported on the talks.

TD Ameritrade, whose CEO Tim Hockey was due to step down in February, suspended its CEO search and named Chief Financial Officer Stephen Boyle as interim head to lead the company’s proposed integration.

CNBC had reported that the combined company was expected to be led by Schwab’s chief executive officer, Walt Bettinger.