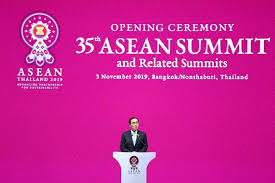 Talks to agree what could be the world’s biggest trade bloc were conclusive and an announcement on their success will be made later on Monday, Thailand’s commerce minister said on Monday.

The prospects of reaching agreement on the 16-nation Regional Comprehensive Economic Partnership (RCEP), which is backed by China, were thrown into doubt by last minute demands from India ahead of meetings in Bangkok.

“There will be an announcement together on the success of the RCEP agreement by the leaders later today. India is part of this as well and will jointly make the announcement. The signing will be next year.”