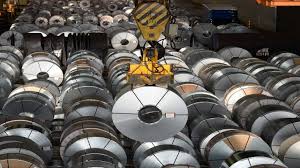 India’s biggest steelmakers may be suffering from buyer’s remorse as assets they bought from bankrupt rivals stretch their bottom lines while market conditions have worsened.

Less than 18 months after scooping up these distressed assets in the hopes of extracting value and boosting market share, the steelmakers are struggling to meet sales and production targets because of a slowdown in the key construction and auto sectors.

“The operating environment has changed from when they bid for these plants,” said Amit Dixit, senior steel analyst with brokerage firm Edelweiss Financial Services. “So their payback period obviously gets elongated now.”

Steel prices were high and demand was booming then. Now, confronted with falling prices and slower consumption, steelmakers are facing the risk of credit downgrades, job losses and cuts in capital expenditure.

Arnab Kumar Hazra, assistant secretary general at the Indian Steel Association, an industry group that also represents major steel producers, noted companies would take a longer time to turn their assets around in the current environment.

A deepening credit crunch in India’s shadow banking industry following the collapse of a major infrastructure lender in 2018 has sharply dented spending on cars and real estate in India.

Domestic steel consumption in September was at its lowest since the start of the fiscal year 2019/20, according to official data.

A synchronised global economic slowdown amid the U.S.-China trade war has compounded the problem, quashing global steel consumption and intensifying competition among exporters.

JSW Steel Ltd, which bought Monnet Ispat & Energy Ltd in September last year, had promised to turn it around within a year but now says it will take another year.

The company will also miss its sales and production target for 2019/20 by 3% and has had to cut its capital expenditure by a third, said Seshagiri Rao, JSW’s joint managing director and group chief financial officer.

“There is a credit squeeze, there is prolonged monsoon, a weaker government expenditure and fall in consumer demand,” Rao said.

Tata Steel, which bought specialty steel firm Usha Martin Ltd in April, told Reuters the turnaround of the company would be delayed.

Tata Steel and JSW are not alone.

The problems afflicting the steel majors, which together control over half the country’s total steel production, have already surfaced among mid-sized firms.

The credit crunch and slowdown in autos and real estate pushed India’s GDP growth to a six-year low of 5% in the April-June quarter, in a troubling sign for the steel sector whose fortunes are closely tied to the broader economy.

The extent of the slowdown is prompting companies to revise capital expenditure plans and others to question the ability of companies to achieve debt reduction goals.

Brokerage firm Edelweiss expects both JSW Steel and Tata Steel to see increases this year in their debt to EBIDTA ratios – a metric that reflects the cash available to companies to pay debts.

And the downward pressure on steelmakers does not look set to reverse soon.

“We are just sitting idle and waiting for the tide to turn,” Kalyani Steels’ Goyal said.