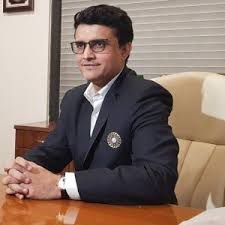 India’s cricket board is hopeful that Bangladesh will go ahead with their planned tour of the country for a bilateral series despite an ongoing strike by its players, newly elected BCCI chief Sourav Ganguly said on Wednesday.

Bangladesh’s cricketers are on an indefinite strike until a list of demands are met by the country’s cricket board (BCB), skipper Shakib Al Hasan said on Monday, putting next month’s tour of India in doubt.

The tour, which starts on Nov. 3, includes three Twenty20 internationals and two test matches. Bangladesh announced a 15-man T20 squad last week with Shakib set to lead the side.

Former India captain Ganguly, 47, took over as the president of the world’s richest cricket board on Wednesday after being elected unopposed.

Ganguly, who hails from the Indian state of West Bengal, said Bangladesh Prime Minister Sheikh Hasina has confirmed her presence at Eden Gardens in Kolkata for the second test match next month.

“I hope so because two days before, I spoke to the honourable Prime Minister of Bangladesh and she has agreed to come and visit for the test match when India play Bangladesh on Nov. 22,” Ganguly told reporters.

“I’m sure when the Prime Minister has given consent, I don’t see the national team not turning up.

BCB President Nazmul Hassan said the board was open to discussions but criticised the players and vowed to try to find out who instigated the strike.

Supreme Court lawyer Mustafizur Rahman Khan read out a list of demands on behalf of the Bangladesh cricketers at a news conference on Wednesday and he said a letter with the 13-point list would be sent to the BCB.

Several cricketers, past and present, including Twenty20 skipper Shakib Al Hasan, Tamim Iqbal and Mushfiqur Rahim were present at the news conference.

As well as hefty pay increases, players in the cricket-crazy Asian country demanded a return to a franchise-based model in the Bangladesh Premier League (BPL) and the resignation of the present committee of the country’s Cricketers Welfare Association.

The players also demanded settlement of dues from the BPL and the removal of the restriction on cricketers playing in more than two franchisee leagues.