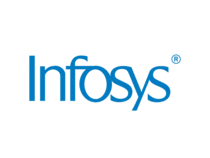 said it was investigating whistleblower claims accusing its top two executives of “unethical practices” to boost short-term profit, sending its shares to their worst intraday fall in over six years.

The allegations were part of a letter dated Sept. 20, seen by Reuters, which said Chief Executive Officer Salil Parikh and Chief Financial Officer Nilanjan Roy engaged in forced revenue recognition from large contracts and did not adhere to accounting standards.

Chairman Nandan Nilekani said in a statement on Tuesday that India’s No.2 software services exporter placed the complaints before the audit committee on Oct. 10, and before the non-executive members of the board on Oct. 11.

The letter, signed by “Ethical Employees” who claim to be part of Infosys, also alleged irregularities with large deal approvals and said Roy directed certain people to make wrong assumptions on deals to show margins.

The allegations come just two years after Infosys endured a shake up that saw its then top boss Vishal Sikka leave the company.

The complaints are being dealt with in an objective manner, and Parekh and Roy were not part of the investigations to ensure independence, Nilekani said.

One of the complaints “largely deals with allegations relating to the CEO’s international travel to the U.S. and Mumbai,” Nilekani added. (bit.ly/2P3YbDv)

Parekh did not respond to Reuters’ request for a comment.

Shares of the Bengaluru-based company tanked as much as 16%, its biggest intraday percentage fall since April 2013. The fall wiped out 470 billion rupees ($ 6.63 billion) in market capitalisation, which was at 2.79 trillion rupees as of 1220 local time (0650 GMT).

“There will be overhang on the stock until there is clarity, Infosys is the blue-eyed boy as far as corporate governance is concerned… two complaints in two years could shake investor confidence, at least temporarily,” said Deepak Jasani, head of retail research at HDFC Securities.

The Economic Times first reported the details of the letter on Monday. (bit.ly/2o5UWAd)

The audit committee has retained the law firm of Shardul Amarchand Mangaldas & Co. to conduct an independent investigation, and the company’s board will take appropriate steps based on the outcome of the investigation, the company said.