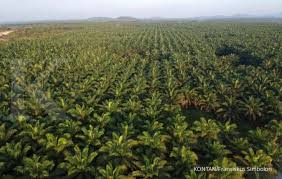 Malaysia will work diplomatically with India if it decides to restrict imports of Malaysian palm oil, Prime Minister Mahathir Mohamad said on Wednesday, according to the state news agency Bernama.

Reuters reported last week that India was considering curbing imports of some Malaysian products, including palm oil, after Kuala Lumpur criticised New Delhi for its actions in Kashmir.

Malaysia is the world’s second-largest producer and exporter of palm oil after Indonesia, and India is Malaysia’s third-largest market for the oil.

“If the (Indian) government launched a boycott or something like that, then we will have to work diplomatically or reduce the kind of action that they have taken,” Mahathir was quoted as saying by Bernama.

Despite the halt by traders, Malaysia had yet to receive any official statement from the Indian government on the possible restrictions, Mahathir said.

“This is the reaction from the business community. Hence, we cannot react to their personal decisions,” he said, according to Bernama.

Malaysia on Tuesday said it would consider increasing imports of raw sugar and buffalo meat from India, as it looked to quell trade tensions.

Sources had told Reuters that New Delhi was considering curbing imports in response to Mahathir’s remarks at the U.N. general assembly last month, when he said India had “invaded and occupied” Kashmir, a disputed Muslim-majority region also claimed by Pakistan.