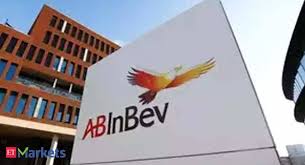 The worried chatter surrounding global financial markets in recent weeks is that initial public offerings are as good as dead. To this, Anheuser-Busch InBev sent a clear message on Monday: hold my beer.

The so-called king of beers on Monday saw shares in its Asia-Pacific beer unit soar in its market debut in Hong Kong on Monday, finishing the day up 4.4 percent to close at HK $ 28.20.

It was a rare cheering moment at a time when the global IPO market is on life support, and new listings are being outright shelved.

The Belgian brewing giant, makers of Budweiser and Stella Artois, now can claim credit for bringing to market the second biggest IPO of 2019.

Before today, the growing list of underwhelming public debuts had been unnerving public markets. Uber is the biggest IPO of the year, but its stock has fallen more than 30 percent below its $ 45 opening price. More recently, Peloton and SmileDirectClub hit the markets with a thud. Meanwhile, much-hyped IPOs from WeWork, and Hollywood talent agency Endeavor Group have been postponed as investor demand for new offerings all but evaporates.

Investor uncertainty over global trade, geopolitics and stock markets risks have muddled the IPO calendar for the rest of the year and into 2020, with a number of once high-flying unicorns left caught in limbo. Some of the tech sector’s largest and best known privately held companies, including AirBnB, Palantir Technologies, Postmates and McAfee Inc. are all facing uncertain roads to the public markets after declaring their intention to list.

The Asian markets weren’t faring much better. In fact, AB InBev was forced to pull its IPO for Budweiser Brewing APAC in the summer and opt for a much less ambitious listing. It initially sought to raise $ 9.8 billion, but had to settle for $ 5 billion in a slimmed down offering (it sold off its Australian unit in the meantime).

At the time, the company cited poor market conditions as the primary reason for shelving the IPO. Analysts and investors, however, pointed at the high valuation.

Budweiser Brewing APAC officials were doing something of a victory lap on Monday. They said the strong market debut was hardly a surprise. “We’ve seen very solid demand for our stock when we did the management roadshow,” Jan Craps, the company’s chief executive said at a press briefing in Hong Kong on Monday.