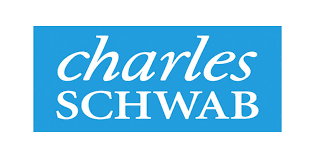 If there’s anyone who knows about weathering the market’s ups and downs, it’s Charles Schwab.

The 82-year-old brokerage billionaire has seen—and survived—many market crashes. Not to mention investing fads. The silliest? A bowling craze in the early ’60s when everybody seemed to think the entire population of America would be pounding the lanes for hours every week. Stocks related to alleys, shoes, balls, and chalk soared. But as with all manias, this one ended up in the gutter. (To this day, Schwab keeps a bowling ball in his office engraved with the quandary “Can the magic last?” as a reminder.)

For Schwab and his namesake company, the Charles Schwab Corp., each cycle of boom and bust has provided hard lessons. The company’s latest challenge: navigating the current era of low interest rates. Schwab recently announced it was laying off 3% of its staff after seeing its margins squeezed following the Fed’s recent rate cuts. The stock is down nearly a third from its high of $ 57 in May 2018.

But just as Schwab the company prepares to ride out the recent market turmoil, Schwab the man wants regular investors to be able to do so as well. In his new book, Invested: Changing Forever the Way Americans Invest, and in an interview at Fortune’s offices, the pioneering investor discussed some truths he has learned over his lifetime.

Seize opportunities, even imperfect ones.

Patience is no virtue; when opportunities arise, take them. In 1975, when Schwab was looking to open the company’s first branch office, he had a funding offer in hand from his uncle. The only catch? The site had to be in Sacramento, near his uncle’s home. “I could think of a hundred cities I’d sooner start with than Sacramento,” Schwab says.

But why overthink it? Schwab made the deal—and the success of that testing ground persuaded him to open more offices. Branches became major growth engines for the business and a moat that enabled the company to stay ahead of Internet-only rivals many years later. “Sometimes the trick lies in making the most of necessity and not missing opportunities when they slap you in the face,” Schwab exhorts.

You don’t have to be superhuman to be successful. Schwab is dyslexic, afflicted with a learning disorder that inhibits his ability to read—but he didn’t know that until well into his adult life. When he struggled in school, he chalked it up to inferior intellect. “I decided I was just stupid, something I believed for almost 40 years,” Schwab says.

Leave it to an entrepreneur to turn a weakness into an advantage. Schwab learned to delegate tasks and impart autonomy to those around him. “That’s part of the fundamental thing I discovered early on, that I wasn’t great at everything,” Schwab tells Fortune. An expert marketer, he left matters outside his wheelhouse—finance, operations, and human resources (the last being a course he failed at Stanford Business School)—to deputies. “I would give them complete freedom to do things,” he says. (For those wondering, Greg Gable, Schwab’s chief of staff and longtime media tactician, helped compile the book—Schwab’s seventh.)

Playing with fire will get you burned.

During his post-Depression era youth, Schwab and some of his friends once lit a campfire that raged out of control and burned a chicken coop. Schwab’s disciplinarian father, Robert Schwab, then district attorney of Yolo County in California, was incensed. “To really make the point, my dad lit a match and held it to my hand,” Schwab says.

Pain can be a powerful teacher. In one poignant section of the book, Schwab tells the story of a perilous client, Teddy Wang, a Hong Kong real estate tycoon, whose overextended accounts nearly sank Schwab’s company during the stock market crash of 1987. At the nadir, Wang owed the firm $ 126 million, according to Schwab. (The two parties eventually reached a $ 67 million settlement.) After that trial by fire, Schwab put in place controls that would be invaluable when the dotcom and housing bubbles burst years later. “So much of what the Charles Schwab Corporation has since become I trace to what we learned from that singular event,” Schwab says.

Schwab has always considered himself a bit of a renegade. “What I really think gave us an edge—we built the company on the West Coast,” he tells Fortune. The choice of location helped instill a different mindset at the firm, one running counter to the incumbents on Wall Street, where high fees and commissioned brokers with conflicts of interest ruled the day. The setting also afforded proximity to technological innovation—key to driving down costs at the discount brokerage.

Schwab values outsider views. When he ultimately promoted Walt Bettinger to CEO in 2008, Schwab said he liked that Bettinger had come to the company via an acquisition and that he had worked out of an Ohio satellite office. It meant “he could make decisions without a lot of historical baggage,” Schwab writes.

5 Rules to Remember in Uncertain Times

Here, Schwab lays out his core beliefs. They can help investors stay focused in bull and bear markets alike.

A version of this article appears in the October 2019 issue of Fortune with the headline “Charles Is Still Very Much in Charge.”