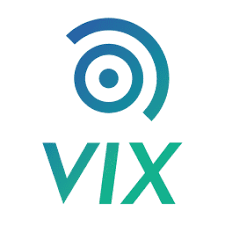 This odd finding – namely that the VIX ETPs had shifted their traditional vol bias from long to short – prompted the Goldman strategist to ask glibly “Should we worry?”

Less than a month later we have the answer: Yes, Goldman, you should worry, because the historic short squeeze that took place overnight in VIX, which sent it over 100% higher – the biggest jump in history – was precisely a result of this Goldman observation, namely that ETPs were now aggressively shorting vol.

Here is what happened – as Morgan Stanley explained overnight – following this first ever shift by ETPs to net short vega, a move that in retrospect will prove to be suicidal for the entire industry, which now faces one giant termination event.

In short, “the VIX market saw the biggest net buying pressure on record.” According to Morgan Stanley calculations, ETPs had to buy 282,000 VIX futures to rebalance their short gamma: “this was the largest VIX buy in history, dwarfing Friday’s previous record of 78,000.” Dealers hedging their short gamma exposures likely contributed to VIX futures demand as well.

And since most of the rally in VIX futures happened after the 4:00 pm cash close, there was no time for investors or the issuers of the VIX ETPs to react.

It gets better: according to Morgan Stanley this move was “incredible” particularly because VIX and VIX futures were already elevated – and the amount of volatility to buy exceeded the bank’s already aggressive estimates (below shows what QDS estimated coming into Monday) and speaks to the size of the short vol exposures in the market:

While this explains the theory, the question is what happens in practice next: will the inverse ETPs – like XIV – continue to exist today? This is up for debate at time of this writing, but for the broader market the implication is clear: the inverse ETPs have effectively delevered down to zero, going from short 230,000 VIX futures to short just 4,000.

The good news from the effective wipeout of a major part of the vol-selling market is that “this means there is much less risk going forward of further vol to buy from rebalancing of these products.”

The bad news: holders of the inverse ETPs lost $ 3.4bn as the products went nearly bankrupt and this removes a steady source of volatility supply over the last year.