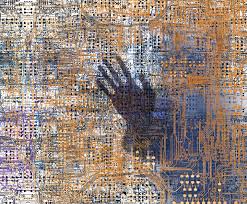 One of the most vital pieces of plumbing that powers the global financial system usually runs so smoothly that it gets overlooked by market watchers. It’s the “repo market,” comprising the short-term funding that banks and financial counter-parties regularly tap to lend each other trillions.

It’s suddenly in the news again, and for all the wrong reasons. The repo market is looking a lot like it did on the precipice of the 2007 housing market crash.

But what is the repo market, anyway, and why has the Federal Reserve Bank this week injected hundreds of billions of dollars into the financial system to stabilize it?

Repos (short for repurchase agreements) are short-term borrowing transactions, often made overnight. Think of them as trades of cash for some kind of collateral.

In a repo transaction, the borrower will sell certain securities in their possession with the agreement to buy them back the next day. If the transaction is not rolled over, then the trade has to be settled the following day, with the borrower repurchasing the collateral from the lender for slightly more than it had previously sold it for, compensating the lender with interest for taking on the risk.

A $ 1 trillion market springs a leak

Large corporations and banks typically hold vast quantities of highly liquid financial assets, and so they like using these markets as a means of quick and easy financing. In fact, there are more than $ 1 trillion worth of overnight repo transactions collateralized with US government debt occurring every day. Banks frequently go to these markets to fund the loans they issue, and to finance the trades they execute.

The repo market seized up last week, with median repurchase rates skyrocketing from their usual band of 2.00-2.25% to 2.46% on Monday, and 5.25% on Tuesday. Keep in mind, that’s the median rate. Some repo rates were as high as 9%, more than quadruple the Federal Reserve’s own target rate, which usually puts a cap on how high Treasury repo rates could climb.

An unlucky confluence of events, including an exceptionally large demand for cash from U.S. companies that needed to pay their corporate tax bills, sucked a lot of the available cash out of the financial markets. What happened last week was any counter-party in need of cash, and only holding collateral like Treasuries, agreed to pay the much higher going repo rates. That’s supply and demand, plain and simple, and it mirrors what happened in certain repo markets in 2007 before the housing crash and the Great Recession that followed.

So, what happened to the usual abundance of cash and liquid securities that powers the trillion-dollar repo market?

It’s been slowly evaporating, actually, for some time, since the Fed ended five years ago the policy of quantitative easing (QE), its maneuver to buy highly liquid bank securities to boost overall bank reserves. The thinking (and hope) of that controversial policy was that the increased liquidity would encourage banks to lend more and spur economic growth at the depths of the downturn.

Those kind of accommodative actions have been over for some time now, and total bank reserves have steadily been decreasing. They peaked in August, 2014, and are now close to where reserves were in 2011. One principle reason for that: an elevated level of government debt issuances in the past four years have sucked reserves out of the financial system.

When a squeeze like the one last week occurs it’s a clear indicator that there aren’t enough reserves in the financial system for repo markets to clear at the Fed’s preferred level—in central bank parlance, the “target rate,” or the Fed Funds rate. That explains why the central bank has been engaged in open market operations to inject reserves back into the banking system through overnight purchases of Treasuries.

“The Fed plans to use open market operations to address funding pressures through the quarter-end, and learn more about the adequate level of reserves. We expect it to find the U.S. funding markets in a state of reserve scarcity,” wrote Bank of America economists in a September 20 note.

Even though the Fed has routinely used open market operations in the past to stabilize these funding markets, it doesn’t look like a few routine interventions will be sufficient. Moreover, it’s becoming clear banks need more reserves on hand. On Friday, the Fed pledged to allow roughly two more weeks of overnight repo transactions, each injecting around $ 75 billion daily into the economy, the Federal Reserve Bank of New York said in a news release on Friday.

Put otherwise, the Fed is back where it was roughly a decade ago, effectively buying U.S. Treasuries from banks on an indefinite basis. But the difference this time? There’s no financial crisis in sight, just the uncomfortable fact that private capital markets once again need public support.

“For all intents and purposes, this will be equivalent to QE, with scheduled purchases of securities. We estimate that over the first year, the Fed would need to buy roughly $ 400bn of Treasury securities to achieve an appropriate level of reserves, plus a buffer,” the Bank of America wrote in a research note.

As plumbing problems go, this will be an expensive one to sort out.