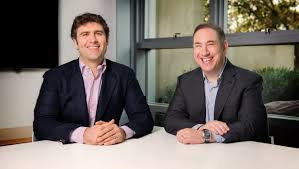 The firm also announced several personnel changes: It promoted Kelly Chen to partner, and hired Alan Cohen (formerly of Cisco) and Matt Michelsen (formerly of 8VC) as partners, and Kate Reed as the vice president of marketing.

“Another reason for going up in fund size is that deep tech companies’ growth is a little slower and a little longer than a flashy consumer deal,” Ocko said. “The ability to soberly back them as they continue to show great progress actually drives higher returns.”

Ocko made it a point to underscore that DCVC is “most explicitly not a double bottom line fund,” referring to funds that measure their performance in terms of positive social impact. “We are here to drive returns for our LPs,” he added.

DCVC has several satellite startups in its portfolio including Planet Labs, Rocket Lab, and Capella Space. Managing partner Zack Bogue sits on the board of Planet, which uses satellites to capture images of the Earth every day. The company, he says, was instrumental in tracking the fires ravaging the Amazon rainforest.

“Planet provides its imagery to the media, but it also has paying customers in the agriculture industry, in the U.S. and foreign governments, and big technology companies that are interested in mapping,” Bogue said.

Because DCVC wants to back companies that tackle the thorniest of societal problems, the firm has also invested in several physical and digital security companies. “When societies are in distress, you see things like this horrific rash of shootings in the U.S, for example, and acts of terrorism in Europe,” Ocko said. “The problems can be addressed outside the realm of politics and addressed in a way — even whilst profitable — that saves lives and stabilizes societies.”

That’s a tall order given that there have been 38 shootings with three or more fatalities in the United States so far this year. Ocko and Bogue point to Evolv Technology, a company that uses sensors to scan individuals for concealed weapons and explosives in public venues. This immediately raises ethical questions around privacy, facial recognition, and the usage of the collected data.

This is a larger challenge for venture firms and the companies they back. As the pace of innovation accelerates, there are ethical challenges startups will need to address — such as the dehumanization of decision-making and the use of surveillance to collect and analyze mass amounts of data. Ocko says he and his partner look for businesses that are “massively profitable and equitable.”

“We will screw up and accidentally, at some point, invest in a company with the best of intentions that has unforeseen side effects,” Ocko said. “That being said, the way you reduce errors, is to make sure that the notion of equitability is always fulfilled. And that’s really all we can do.”