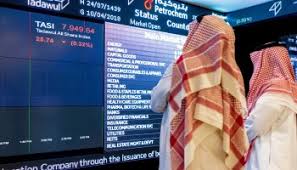 Be careful what you wish for.

For months, one of the bigger uncertainties hanging over Saudi Aramco’s mammoth IPO was weak oil prices. Now, oil is surging—but the circumstances are putting the timing of the company’s listing, hyped as the world’s biggest, in serious doubt.

Oil prices climbed at one point by nearly 20 percent on Monday as markets responded to weekend drone attacks on the company’s biggest oil processing facility, Abqaiq. The bombing, which was carried out by Houthi rebels, forced Saudi Aramco to shut down daily production by 5.7 million barrels.

The historic supply shock sent global equities markets reeling. More damaging, it’s clouded the Saudi Aramco listing. According to The Wall Street Journal, there’s growing chatter in the executive ranks at Saudi Aramco of possibly delaying the IPO until its stricken facilities are back operating at 100 percent.

The kingdom had hoped it could fetch a $ 2 trillion evaluation in the share offering, a price that seemed way too rich in the world of sub-$ 60 crude. But as Brent crude climbed above $ 70 at one point on Monday—some analysts think it will rise further if Saudi Aramco cannot get its operation back to normal in the coming weeks—the markets were watching closely how fast the company could restore operations and soothe concerns that it’s not vulnerable to further attacks.

“This is horrible for them, I think,” Bjørnar Tonhaugen, head of oil market research at Rystad Energy, told Fortune. “They wanted to be perceived as a stable supplier of the most crucial commodity to the world’s markets. This shows that even Saudi Arabia is not untouchable, and that their oil infrastructure is, in fact, vulnerable.”

That Saudi Arabia’s oil refineries and crude processing facilities might be susceptible to similar attacks—the Houthis on Monday said they’re not done targeting Saudi Arabia’s oil facilities—is a new warning sign hanging over the Saudi Aramco IPO, he added. The Saudis have invested billions in securing their facilities. “And even so, they were attacked by ten small drones that they couldn’t detect in time,” Tonhauger noted.

The Saudi Aramco IPO had been stalled for over a year, but in recent weeks a trickle of news out of the kingdom suggested it was back on track. The much-discussed listing was supposed to be done in two tranches: the first on a local Saudi exchange, possibly in November, the second on an international exchange that was expected to pull in even bigger investors. Now, the markets are wondering if even the less ambitious listing will be in jeopardy.

“I think this attack may delay the IPO even on the local exchange, and could affect the valuation negatively, as the investors have seen a live demonstration of the risk levels of the future revenues and business of the company. That was very low prior to this weekend attack,” Mohammed Ali Yasin told Bloomberg News.

In April, Saudi Aramco filed a prospectus (PDF) with the London Stock Exchange as it sought to raise $ 12 billion through a bond sale. The 203-page document was a rare glimpse into how the tight-lipped company perceives business risks. In the prospectus it made a single brief reference to the Houthis, the masterminds behind Saturday’s attack. Unless, you read that far in, you might have missed it.

After Saturday, no investor will be forgetting the Houthis, or their attack drones.

—The European Central Bank’s ‘Bazooka’ is back. This time, with less of a bang
—Nestlé, world’s largest food supplier, aims to eliminate all greenhouse gas emissions by 2050
—BP’s CEO says he’ll sell oil projects to meet Paris climate accord goals
—The U.S. and China are easing back on trade war tariffs as talks near
—Listen to our audio briefing, Fortune 500 Daily