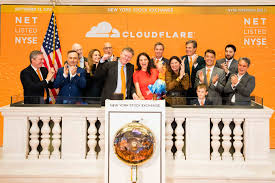 The Texas oil patch is reeling from the loss of one of its most colorful characters—T. Boone Pickens. The oilman and investor, known for his folksy character and razor-sharp wit, died Wednesday at the age of 91 at his home in Dallas. While he had recently closed his multi-billion dollar energy hedge fund, BP Capital, amid poor performance, Pickens continued his public crusade to end America’s dependence on foreign oil through social media.

“I knew something was wrong when he didn’t come into work on Monday,” Jay Rosser, Boone’s friend and longtime spokesman, told Fortune. “The man never missed a day of work—he was at the office every day.”

Pickens died around noon on Wednesday at his home in Dallas due to natural causes, Mr Rosser said. The once vibrant oil tycoon had suffered a number of strokes in recent years as well as what he said was a “Texas-Sized” fall in 2017, which required hospitalization. After that, Pickens started to wrap up his affairs, telling friends and family that he was now in the fourth-quarter of his life.

A business and political maverick, Pickens made both his name and fortune by challenging the establishment. He used his immense wealth to support a lavish lifestyle, which included mansions, private jets and a 65,000 acre ranch in the Texas panhandle. But after his fall, Pickens started to dismantle his empire, pledging to give away 90% of his wealth to causes and organizations dear to heart. He sold his Gulfstream G550 and put his beloved ranch up for sale—for $ 250 million (it is still on the market).

Pickens personified the swashbuckling Texan oilman of folklore. He was loud, brash and uncompromising—part J.R. Ewing and part Carl Ichan. His Texas drawl and “aw-shucks” attitude lulled energy executives into a false sense of security. But make no mistake, Pickens understood both the science and the business of oil, making him a dangerous enemy in the boardroom.

Starting out as a geologist at Phillips Petroleum, where his father worked as a lawyer, Pickens experienced first hand the waste and inefficiency that can plague a big oil company. Disillusioned and frustrated, he struck out on his own at 25, becoming a freelance consultant to wildcatters. Living out of his car, he would travel from wellhead to wellhead, charging $ 75 a day for his services. He eventually scraped together enough cash to form his own oil company, Mesa Petroleum, in 1956.

Mesa was never a major player in the oil patch, it was simply too small to compete against the big boys, like Phillips. Furthermore, Pickens wasn’t all that successful at drilling. The little money Mesa made was all too often sucked down by yet another dry hole.

Drilling for oil in Texas proved too frustrating and expensive for Pickens, so in the early 1980s, the maverick oilman shifted his search to the floor of the New York Stock Exchange. Instead of investing in new oil wells in the Permian Basin, Pickens would buy up shares in other oil companies. He would still be drilling for oil, but would now be doing it largely by proxy.

Not much had changed at the large oil companies from the days when Pickens was a young buck at Philips. They were, in Pickens’ view, still bloated and inefficient bureaucracies. While they held the best acreage, most were barely profitable, which Pickens attributed to poor management.

“Chief executives, who themselves own few shares of their companies, have no more feeling for the average stockholder than they do for baboons in Africa,” Pickens told Time Magazine in 1985.

Dawn of the raiders

Pickens used his shares as leverage to force these managers to put the interests of shareholders first. Today, we call people like Pickens “activist investors” but back in the 1980s they were known as “corporate raiders.” Whatever the name, the tactic was revolutionary, forever changing the way companies interacted with their shareholders.

When a company ignored his requests, Pickens would often team up with other like-minded investors and attempt a hostile takeover of the company. While he never managed to acquire another company in this manner, he did force a few to seek refuge in the arms of an even bigger company, sending the value of his shares through the roof. His biggest payday came in 1985 with the acquisition of Gulf Oil by Standard Oil of California (SOCAL) in what was then the largest merger in US history. The deal netted Pickens and his investors $ 760 million, turning him from rich to super rich.

But in a cruel twist of fate, Pickens was himself ousted from Mesa in 1996 by shareholders who had lost faith in his ability to run the company. Pickens could have retired after such a humiliating defeat, but the wily oilman wasn’t ready for the golf course just yet. Instead, he formed his own energy hedge fund, BP Capital, which made bets on energy prices. Here too, Pickens was a pioneer, as hedge funds were still in its infancy.

Pickens rode the commodity supercycle in the early 2000s with aggressive and bullish bets, most of which paid off handsomely. He went from being a mere millionaire to a billionaire as oil and natural gas prices spiked. But BP capital suffered huge losses as energy prices collapsed during the financial crisis. The hedge fund survived, but returns shrank amid reduced volatility in the energy space.

Instead of retiring like many energy hedge fund managers did at the time, Pickens reinvented himself yet again, this time becoming an energy prophet. In 2008, as oil prices topped $ 147 a barrel, he launched the “Pickens Plan,” which was a call to action for Americans to take control of their energy future. At its heart, the Pickens Plan aimed to reduce America’s dependence on foreign oil, namely oil coming from OPEC countries, such as Iran and Venezuela. One of its major tenets was to stop using gasoline and diesel as a transportation fuel and switch to natural gas, which the US has in abundance. The plan also called for major investments in wind power.

Unfortunately, the Pickens Plan came at the wrong time—both oil and natural gas prices crashed soon after it was launched and today remains relatively weak thanks to the explosion in hydraulic fracturing that followed. But even though the US is now the largest producer of oil, it still depends heavily on foreign imports to fulfill demand. Eventually, prices will rise as demand outstrips supply and fracked wells peter out. So while T.Boone Pickens, the man may be gone, the Pickens Plan may still have some life left in it.