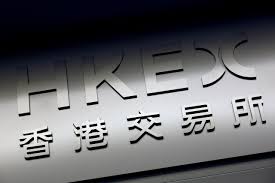 The London Stock Exchange’s (LSE.L) board will meet in coming days to decide on the Hong Kong bourse’s surprise $ 39 billion takeover proposal, a source close to the British company said on Thursday, as the market poured cold water on the deal.

The unsolicited takeover offer is not expected to succeed given a preference among LSE investors for the exchange to complete its $ 27 billion proposed acquisition of data and analytics group Refinitiv, the source close to the LSE said.

The exchange wants to focus on executing that deal, rather than risk it being derailed by the Hong Kong bourse, the source said. Hong Kong Exchanges and Clearing’s (HKEX) (0388.HK) offer requires the LSE to ditch the Refinitiv purchase.

But a person close to the Hong Kong exchange said a rejection of an initial approach was common in takeovers and HKEX was already considering its next step. Informal discussions between HKEX and LSE shareholders have begun, the person added.

The proposed deal, announced on Wednesday, aims to create an exchange powerhouse spanning Asia, Europe and the United States which would be better able to compete with U.S. rivals such as Intercontinental Exchange Inc (ICE.N) and CME Group Inc (CME.O).

However shares in HKEX fell more than 3% on Thursday as investors raised concerns about the political and regulatory risks involved in its move to take over one of Britain’s marquee financial institutions.

The UK government said authorities would examine the proposed deal closely as the LSE was a “critically important part” of the British financial system.

However a takeover could face regulatory scrutiny beyond British shores; the London bourse also owns the Milan exchange and has a significant American presence through its FTSE Russell index subsidiary and LCH, its derivatives clearing house which dominates the U.S. dollar swap market.

This means a deal could also draw the attention of watchdogs in Italy and the United States, which is locked in a trade war with China.

The Hong Kong exchange’s indicative offer for the LSE also received a cool reception in London, where LSE shares finished up 5.9% on Wednesday, far short of the proposed takeover’s implied premium.

Another major sticking point is the requirement for the LSE to abandon its acquisition of financial information provider Refinitiv from U.S. private equity firm Blackstone Group Inc (BX.N) and Thomson Reuters Corp (TRI.TO), the parent of Reuters News.

That deal, which went public in late July, caused LSE’s shares to leap 15% on hopes Refinitiv’s business would boost its long-term profitability. LSE said in a statement on Wednesday that it remained committed to the Refinitiv deal.

HKEX has 28 days to make a firm bid for the LSE, whose shares closed up nearly 1% at 7,274 pence on Thursday or walk away for six months.

The source close to the LSE said that while the Hong Kong deal offered a gateway into China’s economy, the LSE had already established its own entry point with a recently launched stock market link with Shanghai.

Analysts said a perception that Beijing is exerting growing influence over Hong Kong could become another key sticking point for an LSE takeover, given the Hong Kong government’s close links with the HKEX.

Fitch Ratings said that “increasing control by Chinese authorities over Hong Kong” could raise regulatory concerns in Britain and the United States about data and information security.

Hong Kong is entering a fourth month of sometimes violent protests sparked by legislation that would have drawn the former British colony closer to the Chinese legal system.

The government’s handling of the protests has been criticised internationally, as has the political pressure applied by Beijing to Hong Kong companies not to support the pro-democracy movement.

“The transaction will require various regulatory approvals, which will stress-test the world’s understanding of Hong Kong’s ‘one country, two systems’ constitution,” said David Blennerhassett, an independent analyst writing on the SmartKarma research platform.

The Hong Kong government is the biggest shareholder in HKEX, with a 6% stake. It approves six of the 13 board members and can also stop any other shareholding rising above 5%.

Three U.S.-based lawyers said it was possible the deal would qualify for a review by the Committee on Foreign Investment in the United States (CFIUS), which assesses transactions for national security concerns, including critical infrastructure.

While this has traditionally been thought of as utilities, telecommunications and transportation, key financial market infrastructure could meet this classification, one lawyer said.

CFIUS also increasingly views government-run Hong Kong companies as “one and the same” as Chinese state-owned firms, the lawyers added.

The U.S. Treasury said it could not comment on whether CFIUS would review the proposed deal.

Even if the deal does not qualify for CFIUS review, it could fall foul of broader political concerns in Washington over the role of Chinese companies in the U.S. economy.

In February 2018, the Securities and Exchange Commission blocked the sale of the Chicago Stock Exchange to a group led by China-based investors, citing a lack of information on the would-be buyers and how the deal would impact its ability to monitor the exchange.

That deal was approved by CFIUS but had been strongly criticized by U.S. President Donald Trump ahead of its nixing.

The United States has also leant on foreign allies in the past to spike deals it felt could indirectly affect its security, including German chip equipment maker Aixtron (AIXGn.DE) in 2016. American authorities have in recent months openly campaigned against Chinese telecoms giant Huawei Technologies Co Ltd from installing 5G infrastructure in countries around the world.

In Italy, the ruling 5-Star Movement said it would closely monitor HKEX’s move to ensure any development did not harm national interests. The LSE owns Italy’s stock exchange.

Analysts said HKEX’s share price fall reflected scepticism the approach would succeed and investor concern about the dilutive impact of the cash-and-shares offer.

Under the terms of the offer, LSE shareholders would receive 2,045 pence in cash and 2.495 newly issued HKEX shares. HKEX said it intended to apply for a secondary listing of its shares on the LSE if the deal went through.

“If the market thought the deal was going to go ahead, I would have expected the shares to have fallen by more than 3%, typically that’s what we’d expect for an acquirer in a deal like this,” said Michael Wu, analyst at Morningstar.