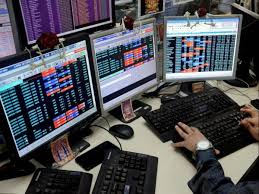 Foreigners turned net sellers of Asian equities in August as sentiment worsened with the United States and China, after a brief truce, announcing new tariffs on each other.

The U.S.-China trade war, which intensified in August, stoked fears that the global economy would tip into recession, undermining riskier assets such as Asian equities.

The MSCI’s broadest index of Asia-Pacific shares, fell 3.4% last month, its biggest decline since May.

Apart from an escalation of the U.S-China trade war, turmoil in Hong Kong and the risk of a hard Brexit added to the jitters within the market, prompting foreign outflows from riskier Asia, said Jingyi Pan, a Singapore-based market strategist with financial services firm IG.

Taiwan and South Korea – which form a major part of supply chain to China’s exports – had foreign outflows of $ 3.87 billion and $ 2.49 billion, respectively.

India suffered an outflow of $ 2.5 billion in the face of worries over declining economic growth, steep share valuations and a prolonged slowdown in its auto sector.

The Indian economy, the third largest in Asia, expanded just 5% on-year in the three months ended June – the lowest pace since March 2013, official data showed on Friday, far below the 5.7% forecast in a Reuters poll.

Indonesia and Philippines saw outflows of $ 652 million and $ 226 million, respectively.

Regional shares were also let down by lacklustre earnings performance by Asian firms in the second quarter. Refinitiv data showed that 55% of Asian firms missed their consensus earnings’ estimates in the April-June quarter.

However, Asian shares are up this month on hopes the talks between the United States and China early in October would help de-escalate their trade dispute, bringing some relief to regional economies.

“The sustainability of the rosier mood remains a question that could keep investors cautious into year-end,” said IG’s Pan.

“Despite the rosier valuations, the uncertainty across the range of geopolitical issues continues to suggest that there may be greater volatility ahead.”