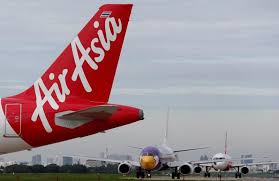 The group said the second-quarter results recognised the share of prior year losses at AirAsia India (AAI) as a result of an increase in its investment in that airline.

AirAsia also said it was hit by foreign exchange losses during the second quarter which ended on June 30. But the company benefited from deferred taxation of 250.1 million ringgit in the quarter.

Revenue was 20% higher at 3.1 billion ringgit, however.

The airline carried 12.8 million passengers in the three-month period, 18% higher leading to an 85% load factor, which measures how full planes are.

AirAsia said it planned for a net fleet growth of 20 aircraft this year, and expect to receive its first A321neo in November. The A321neo is more fuel efficient and has a longer range.

“We continue to work on reducing costs including investment in digitalisation which we believe will help reduce costs in the long run,” it said.

Last week, its long-haul offshoot AirAsia X Bhd reported its largest quarterly loss since 2015 due to aircraft disposal and a weak ringgit.